Today, the fourth Saturday in September, is National Public Lands Day.  As designed, it is the largest organized volunteer event for public lands in the United States.  Well, because of COVID, many of the in-person events have been put on hold, but there are still virtual events that you can participate in – find them here: https://www.neefusa.org/npld

To honor our public lands, which I have been so fortunate to enjoy frequently, I decided to feature a recent hike.

This hike includes the option to go to a series of alpine glacier lakes, including Anderson Lake, Lower Watson Lake and Upper Watson Lake.  This hike has it all!  You start out hiking through the forest, with multiple inclines and declines.  Eventually you arrive at a meadow and a series of boardwalks so you aren’t slogging through water.  More forested hiking then deposits you into an alpine landscape with beautiful views!

The lakes are amazing, with lots of rocky outcroppings and views of the mountains above!  There are some incredible views of Mount Baker, as well as huge rocks that were deposited by glaciers.  Lelani and I enjoyed this hike thoroughly, taking time at the top to have lunch and canned wine.  After resting up a bit, I braved the waters of Upper Watson Lake for an ice cold swim!

I’ll have to make sure to get back to this hike soon!

As for today – it is pouring down rain here, but I was still able to get out for a soggy walk this morning.  It’s fall, so it’s time for that reminder that you won’t melt!  I hope you are able to get outside for National Public Lands Day today!

A Good Dog: The Story of Orson, Who Changed My Life, by Jon Katz

A few years ago, I picked up this book at the local library book sale, on $4 per bag day.  Just so you know, you get to fill up a whole paper grocery bag on $4 per bag day, so it’s a pretty good deal.  Walking home with all of your finds is more challenging…  Of course, that’s all on hold during COVID… 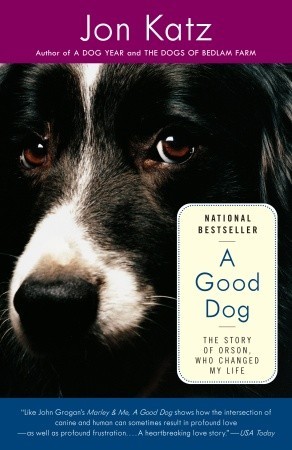 Jon Katz had long owned Labradors, but into his life came a Border Collie who needed a good home.  Orson had issues.  Orson needed someone to help him through those and Jon stepped up to the plate.  But he underestimated Orson’s level of neurosis…

A Good Dog explores the relationship between people and their pets, and the lengths we go to in order to provide the best possible home and lived experience.  Those of us that love our animals struggle with how to best give them what they need in a world where they can’t communicate directly with us.  How do we determine what will be the best for our pet?  Are they hurting, are they happy, are we doing right by them?

Katz is open and honest about his love for for Orson, and his struggles with this troubled dog.  His writing will leave you understanding the depth of his desire to give Orson a good life, and break your heart…

The Splendid and the Vile: A Saga of Churchill, Family, and Defiance During the Blitz, by Erik Larson

Erik Larson is known for some really interesting non-fiction books.  He has covered Nazis, serial killers, hurricanes, sinking ships and gun control.  I have read several and have enjoyed each one.

The Splendid and the Vile is a deep dive into Winston Churchill and his leadership during the Blitz, the period of German bombing of London during 1940 and 1941 in World War II.  Larson covers aspects of Churchill’s leadership and those advisors he kept close to him, as well as his family life during that time. 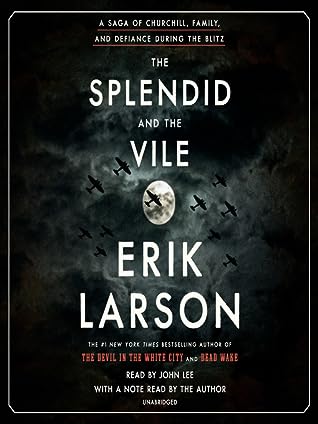 Larson draws on first person sources by those who worked with Churchill, as well as his friends and family.  London also had a number of citizen diarists who recorded their thoughts and feelings during the Blitz, and those records provided wonderful context into this book.

This book was interesting, and I enjoyed learning more about a pivotal historical figure.  Churchill was a fascinating character for sure, and Larson does a good job of interjecting personal details about the man.

All that said, this book isn’t as riveting as his serial killer or disaster books, but one can’t have everything…

I took a few days off and did a mini-getaway.  I left last Friday, and was intending to be away all this week. These were the first days off I have had since early March.  Of course, 2020 had other plans, and a giant cloud of smoke blew in from the wildfires and settled everywhere leaving an aftermath of gunky, yellow air.  First I moved my plans away from the fires, but I still wanted to go.  I really needed a break!

So I had the seats taken back out of the car and put the bed back in and hit the road for some Washington Coast time.  I camped, and walked the beaches, and looked for shells and sand dollars.  I ate peanut butter and honey sandwiches, and fish and chips, and fish tacos, and an incredible gyro!

I checked out Willapa Bay, Long Beach, and Cape Disappointment.  I spent some time reading while bundled up on the beach; it gets cold at night along the coast in September!  Plus, all that wildfire smoke blocked out the heat from the sun…  There are two lighthouses there, but the smoke/fog meant I could only see one.

All in all, it was a nice break.  I needed some time to process things, and reset.  I ended up coming home early though, since my Oregon Coast campground was quite close to a fire that hadn’t been contained.  Best to just reschedule that for another time…  Hopefully I’ll be traveling again soon.

If I let all that pain seep out of the cracks, do I finally heal? If I let myself be raw and broken can I finally push those untrue words out of my head?  Why is that so hard? Does the weight of grief finally blow away when the breeze picks up?

He will miss out on someone great and I can’t change that any more than I can make the sun set in the east.  His (false) opinions do not define me, any more than his desire to lay all the blame at my feet…  All I can do is shake it off, settle and move on…

“Though she be but little, she is fierce.” – William Shakespeare

As a fan of our 16th President Abraham Lincoln, I have been wanting to read this book for awhile. It did not disappoint! 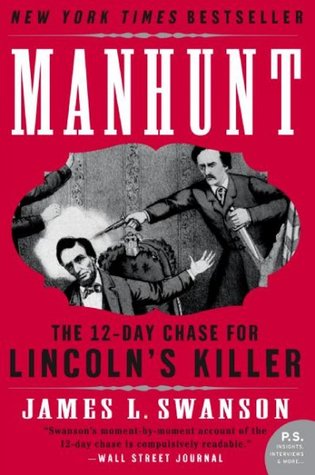 We are all familiar with the story of our 16th President’s untimely death due to an assassin’s bullet in April 1865.  However, do you know the story of the plan that lead up to it?  A plan to not only assassinate Lincoln, but also to kill Secretary of State William H. Seward and Vice President Andrew Johnson.  It is believed that General Ulysses S. Grant was also a target of the plot, as he was supposed to be attending Ford’s Theatre with the President that evening.

Of course, Lincoln was the only man killed, shot in the Presidential Box at the theatre about 10:15 pm by John Wilkes Booth, who with dramatic flair, jumped to the stage, breaking his leg in the process, and fled.  Booth was well known, so he went into hiding as he attempted to cross the Potomac River and get deeper into Virginia, where Confederates still held territory.

Swanson book documents the plot, the conspirators, and Booth’s flight into Virginia after the assassination.  He uses primary sources to tell the story of where Booth went after he crossed the bridge outside of DC, and why it took twelve long days to pin him down in Garrett’s barn, where the final standoff occurred.  He also weaves in little known stories of the players involved, filling out these important chapters in American history.  Did you know that Laura Keene, the actress in the play that night, made her way into the box after Lincoln was shot, asked and was incredulously granted permission to cradle the dying President’s head in her lap?

For fans of Lincoln, this book fills in some of the gaps of his assassination and the days following, and is not to be missed.

COVID leaves me a lot of time to think.  Some are ridiculous thoughts like suggesting to my staff that we have a PEEPS diorama contest at work next Easter (this idea was wholeheartedly embraced).  Some are more serious, like putting in the work I need to do in healing.  I started seeing a therapist again, for all the things I bottle up.  We talked early on about how I have experienced an incredible amount of loss in the last few years (to put it mildly)…  I don’t often swear on this blog, but a phrase one of my former employees often said comes to mind…  “What fresh fuckery is this?!?  I think it’s going ok, but that work is damned hard.

I’ve been feeling a bit of writer’s block and it’s making it hard to be more active on this blog.  I’m hoping to get my writing mojo back, but I’m trying to be gentle with myself.

I’m still getting quite a bit of hiking in, with weekly forays into the mountains.  That is good for my soul…

I also keep up on my typical walks and even a swim in the lake!  Two girlfriends and I hired a fitness coach to design a core strength workout routine that we can do at home. I get plenty of cardio in, but I need to do more strength training.  So far it is going well but my quads sure did hurt!

And big news!  I planned a little trip coming up.  The seats are coming back out of the car and the bed is going back in!  It has been since early March that I have traveled, with the exception of one two-night camping trip in the next county down, and do I ever need it!  I’m going to do some days of high desert and then hit the coast for some camping at the beach.  Variety!  I haven’t traveled alone in almost two years, except for one work conference, so I’ll have to get back into my solo groove.

I hope you are all having a good Labor Day Weekend, so far!