The Mauritius Command, by Patrick O’Brian

This book was written by the author of Master and Commander, which was adapted into a movie starring Russell Crowe.  Most women think Russell Crowe is hot, except me, so it did pretty well at the box office, if I remember correctly.  I mean, I’m not really sure why you would want a guy with a fiery temper like that, even if he has the body of a gladiator (without a pretty face).  But anyway…  Forgive me for the above, which was written at a campground with low light and low battery after a day of walking the beaches looking for agates.  Bear with me.

At any rate, I feel like I liked the movie version of Master and Commander, and I even remember watching it with my dad during graduate school years ago (which for me, is really good, since I regularly forget if I have watched a particular movie).  All this is to say, I’m not sure what went wrong here.  This novel is about a Royal Naval Captain (later Commander) who is in charge of a ship during the Napoleonic Wars; its destination is the island of Mauritius. Fun fact: Mauritius was the only home of the dodo, the now extinct bird. 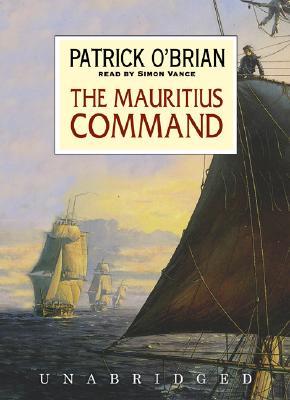 Sounds exciting right (the part about the naval ship in a war, not the part about the dodo)?  Except the only way I can describe this book, is that it seems like Jane Austen wrote a book about being a Naval Commander.  The first 2/3rds of the novel is just conversations among the characters, and descriptions of the people, and an awful lot of having coffee and elaborate meals.  Until you get to the parts about people’s limbs being blown off.  Those parts were obviously not written by Jane Austen.

So the majority of the book is Jane Austen and her navy friends calling on their other naval friends, all along the high seas and drinking coffee.  I’m not sure why there is no tea since the British really love tea.  And then when they get to Mauritius, which is held by the French and a bunch of sailors get blown to bits, but it isn’t sad because you don’t even know these poor fellows’ names.

Maybe the Jane Austen part lulled me to sleep, which is weird because I love Austen’s books, but remember that this author is an Austen imposter.  So there’s that.  I guess there is a chance that it is the fault of the audiobook reader, and it would be a way more exciting book to read with your own eyes, but I doubt it.

So if you are into Naval war stories of the Napoleonic wars that will put you to sleep, this is your kind of novel. Otherwise, maybe just wait until the movie version.  You will probably think that the actor is hot.

Those of you who know me know I am rarely speechless.  Quiet – yes, sometimes.  Thinking about what I should say, and when.  Deciding if it is the right time to speak, sure.  A career in Human Resources has taught me that there are times for silence.

I know my friends and family are wondering though – why I abruptly quit a job that I used to love.  Why I left behind people that I care deeply about.  Sometimes when your presence no longer has an impact, your absence will.  For a thousand reasons, and only one, I chose my absence.

But now is the time for silence.  Someday I may speak more, because the truth always comes in time.

Fortunately, the reporter who is covering the story of my former employer is not silent. And believe me, I rarely think media coverage of my employer is a good thing.  If you are so inclined, you can read about my employer here.  And yes, that’s me, the HR Manager.  It breaks my heart that it came to this.  If you are so inclined, and live within the District, I hope you will let the Commissioners know your thoughts.