After visiting Seaside, we decided to head over to the Lewis and Clark National Historical Park.  I have visited before, but Jeff and the kids had never been there.

Lewis and Clark and the Corps of Discovery spent the winter 1805-1806 here in this approximate location; they named their camp Fort Clatsop.  When the expedition left the West Coast in the spring of 1806, they gave Fort Clatsop’s structures to the local Native Americans and the fort was eventually reclaimed by nature. A replica was built when the site was designated as a National Historical Park in 1958, but sadly it burned in 2006; a replacement was built in 2007. The replica is thought to be historically accurate, having been built from sketches and descriptions that Lewis drew in his journals.

We checked out the museum in the Visitor’s Center, with its artifacts.  Beaver hats and pelts, a Coastal tribe canoe, grasses and foods that the Native Americans in the area used, as well as historic muskets and examples of clothing that the expedition members would have worn.  It is always interesting to revisit a place.  We also checked out Fort Clatsop, and the kids enjoyed exploring it.  There wasn’t much space for 30 people to spend a cold, rainy winter!  Jeff and I enjoyed wandering and following after the kids, relaxing and reading the signs. 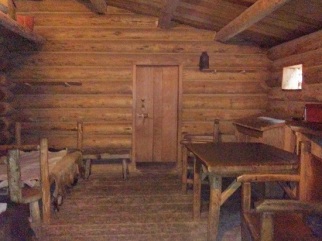 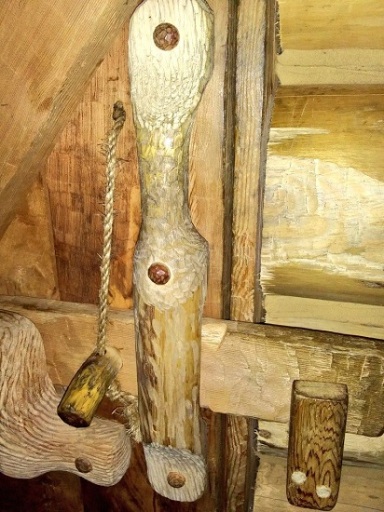 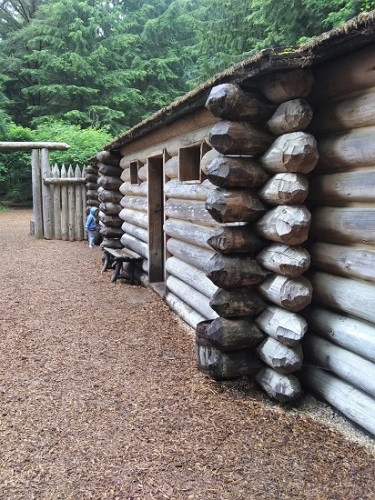 The kids did the Junior Ranger program and got their badges; just in the nick of time too, because it started raining pretty hard!  I didn’t really take many photos since I had visited there before, and apparently I was more into taking selfies!  For more about the Lewis and Clark National Historical Park, see my previous post.

That afternoon we went to the Fort George Brewery for pizza and some beer; while we were waiting for a table we checked out some of the nearby shops in downtown Astoria.  The pizza was delicious, and everybody was happy!  Jeff and I tried a couple different beers, it was nice to do some sampling and see what we liked.

Nearby to Fort George Brewery is the Reveille Ciderworks; one day I’ll visit there and try their ciders!  It just wasn’t in the cards that day because the kids were more interested in pizza than some of the “weird food” they have at food trucks.  Traveling with kids is a change of scenery for me!  That said, I was still able to get a couple of oyster shooters at Fort George – nobody else wanted any – it was so strange because they are so delicious!

For Memorial Day weekend, Jeff and I had an opportunity to meet in Astoria for the long weekend. It was so much fun!

I left work a little early and drove down to Oregon in heavy, agonizing traffic. Blech. I was expecting it, since it was Memorial Day Weekend, but that part was not fun…  I got there about 7:30 and Jeff and the kids were already there, even though they had to drive more miles. There’s a benefit to not having to drive through Seattle! I was excited to see them, so I quickly forgot about the long drive. That evening was pretty quiet; we drove around Astoria a little bit to get our bearings before dark.  I have been there before, but Jeff never had.  After dark, we got some snacks and had a relaxing evening in the hotel room, catching up.

On Saturday morning we decided to start our day in Seaside, a touristy little beach town on the Oregon Coast about 20 miles south of Astoria. With kids in tow, we made our way to Pig N’ Pancake – a kind of themey IHOP type place that kids love, because of course, they have lots of kid friendly meals. They also have adult friendly meals, including a Kielbasa skillet and a Taco omelette, in addition all sorts of pancakes, crepes and blintzes! Something for everyone and our server was friendly and attentive.

Me and Jeff with Lewis and Clark

We wandered through downtown Seaside, and saw the historic carousel parked within an odd mall type structure, packed to the gills with touristy shops. We did find t-shirts and sweatshirts for reasonable prices to remember our visit. We saw a man making giant bubbles outside so that kids could play in them, and so parents could buy the kids their own giant bubble wand and bubble recipe. The kids ran through the bubbles for a while, but we didn’t buy the wand.

Right on the beach is the Seaside Aquarium, a small aquarium with over 100 species of fish and marine animals.  Interestingly, this little place is one of the oldest aquariums on the West Coast, in operation since 1937.  The building that houses the aquarium was originally built as a natatorium (that’s a fancy word for a building that houses a swimming pool), and piped water in from the ocean just steps away and then heated it.  The pool went belly up during the Great Depression and the aquarium took over the building.

The Seaside Aquarium is small and no frills.  You won’t find fancy staff demonstrations or huge, involved habitats, and large pavilions.  You will see small tanks, a touch tank and basic laminated cards with information about the animals who live there.  And you will find the seals.  The aquarium has eleven harbor seals who live there.  They have a tank right up front and visitors can feed the seals fish purchased there, but be careful!  These seals have learned that the best way to get some treats is to get your attention, and they will stop at nothing.  Each seal has its own schtick, including water slaps, belly slaps, twirls, jumps, squeals and even splashing the visitors!  Each seal has their own method, and apparently they are all self-taught and have not been formally trained. 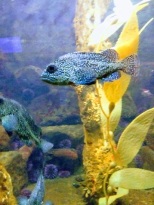 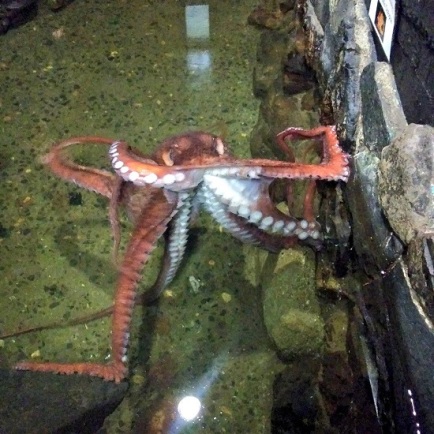 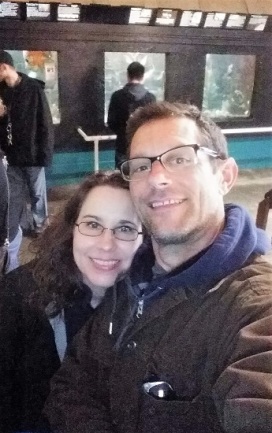 The aquarium has bred these seals in captivity and was the first to successfully breed harbor seals; some of them are fifth or sixth generation!  The Seaside Aquarium also hold the record for the oldest harbor seal in the world; Clara died in 1979 at the age of 35.

The aquarium also has a tsunami fish; the last surviving specimen of five striped beakfish that lived for more than two years in the partially submerged hull of the Japanese boat Sai-shou-maru , after the boat went adrift during the 2011 Tōhoku earthquake and tsunami.  The boat washed onshore at Long Beach, Washington on March 22, 2013, after traveling more than two years and 4,000 miles from Japan. They could not release the beakfish in northwest waters, due to the threat of it becoming invasive so far from it’s native habitat; it is now on display here.

It was an interesting visit and didn’t take long.  We checked out the tanks, fed the seals and managed to not get too wet!

2019 is almost over, and with it we are leaving behind another decade.  Like every year, it has had its ups and downs, but sadly this year they were overshadowed by losing my Dad.  There were other joys and experiences, but between working through my grief and starting my new job, the happy times were just more subdued this year, and that’s okay.

2020 is a whole new decade, and one that should have some new beginnings for me.  I’ll be able to spend more time with Jeff and the kids, and once I recover from my surgery, I’ll be able to get back to my active life!  Here’s to a lot of good things coming soon!

May the New Year bring you all peace and joy.

I got home this evening from a quick weekend getaway to Astoria, Oregon.  The sunset was beautiful and the weekend was amazing!  On toward summer.