Most of you probably know that President William McKinley was shot by anarchist Leon Czolgosz while he was attending the Pan American Exposition on September 6, 1901.  That’s my birthday! Well, it is long before my actual birthday, but you get my point. 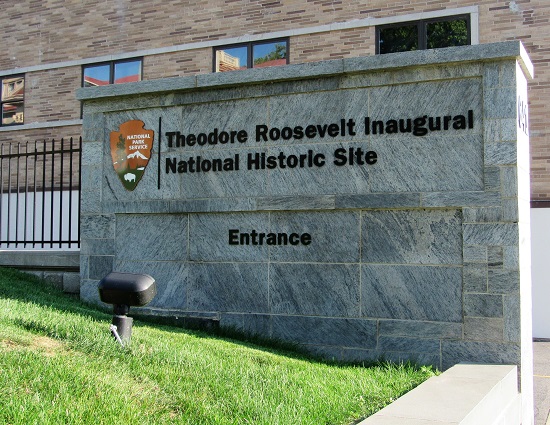 McKinley hung on for 8 days, and Vice President Theodore Roosevelt rushed to get to Buffalo to be by the President’s side.  He originally arrived on September 7, and McKinley’s prognosis was good; in fact it was so good that on September 10 doctors determined he was out of danger, and Roosevelt left to return to a family vacation in the Adirondacks.

Of course, the President soon worsened, and a telegram was sent to summon Roosevelt back to Buffalo.  He arrived shortly after McKinley died on September 14, 1901, having learned the news on his journey back.  A suitable location for the inauguration was sought and determined to be the home of Ansley Wilcox, a prominent attorney and friend of Theodore Roosevelt.  It also happened to be where Roosevelt was staying while he was in Buffalo.

The home itself was built beginning in 1840; it was the Officer’s Quarters of the Buffalo Barracks Compound, built because of concerns about a minor insurrection to the north in Canada at the time.  It was eventually sold and became a private residence, and the Wilcox family purchased the home and built an addition that doubled its size in 1896.  It is built in the Greek Revival style, with huge columns adorning its front porch.  That is how the home looked in 1901, when Roosevelt’s inauguration was held. 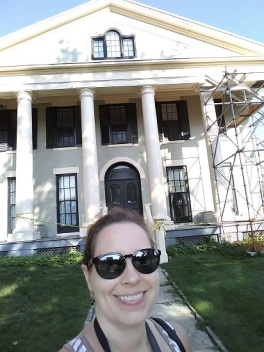 Me at the Theodore Roosevelt Inaugural NHS 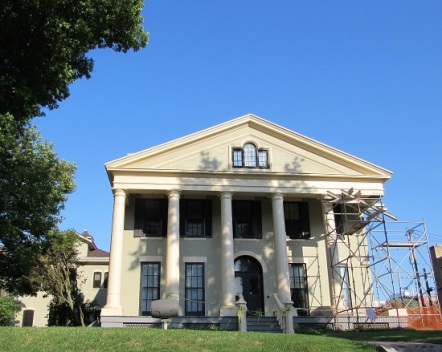 The exterior of the Ansley house 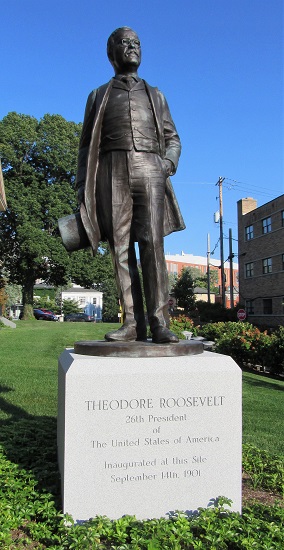 Roosevelt was inaugurated in the library of the Wilcox home, a small room that ended up being packed with several cabinet members, dignitaries, and the judge administering the oath.  Theodore Roosevelt was now the President of the United States.  No photos were taken of the inauguration, but several were taken of the room afterwards. 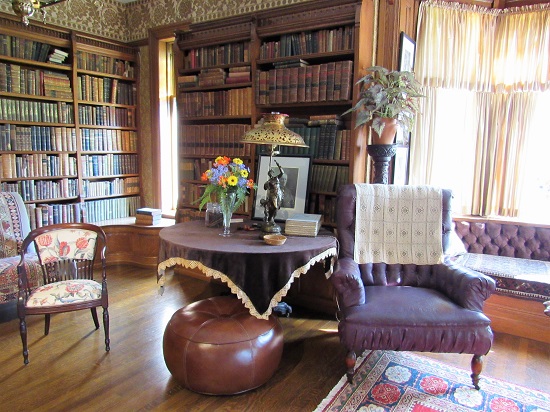 Here is where Roosevelt stood during his inauguration

The Theodore Roosevelt Inaugural National Historic Site is set up with exhibits on the exposition, McKinley’s assassination, and Roosevelt’s Presidency.  There is an interesting film detailing the political climate at the time, and the events that happened surrounding the assassination.  Upstairs, the rooms on the main floor of the home have been restored to what they looked like when Roosevelt was inaugurated here.  The docent led tour takes visitors to the library when Roosevelt took the oath of office, and photos taken after the inauguration are displayed. 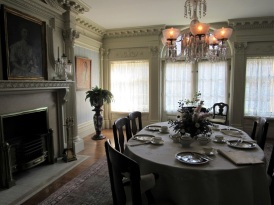 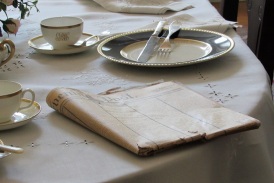 A newspaper from the time (plus they tie down the silverware!) 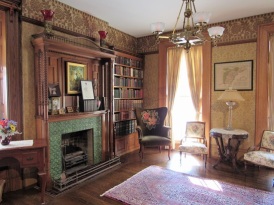 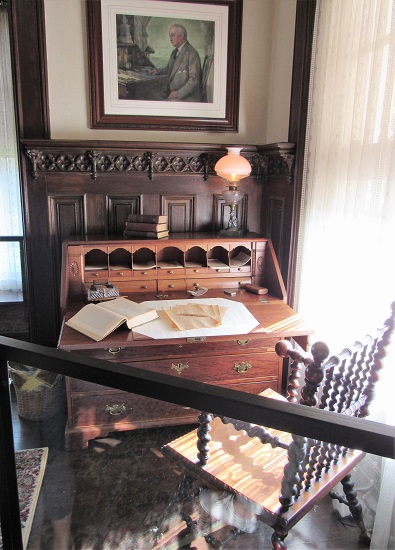 TR wrote at this desk 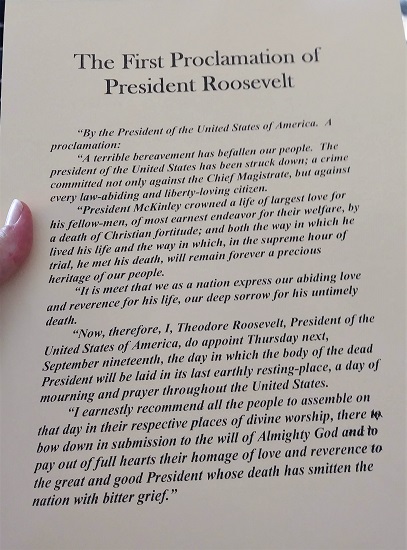 Upstairs you can see additional exhibits and sit at a mock President’s desk!  It was certainly worth a visit and it wasn’t crowded, only averaging about 13,000 visits per year.  It is a must if you are interested in Presidential history!  If you aren’t able to visit, they have a virtual tour!

The cutest... #cats #catsofinstagram #WednesdayMotivation
Peace... #sunset #sunsetphotography #PNW #WashingtonCoast #weekendvibes
What a rainbow! #RainyDay #rainbow #BeautifulNight #PNW
Walked to the library to pick up some books and got some ice cream on the way home... Who cares if it's stormy?!? #icecream #eveningwalk #relaxing
Sunny day walk and my favorite muffaletta in town! #oldworlddeli #PNW #LUNCH #SundayFunday
Quality friend time... #SaturdayNight #weekendvibes #Girlfriends
Finished this one a few nights ago. Castle Donan Eilean in Scotland; definitely need to get back there at some point... #puzzles #relaxing #QuarantineLife #castles
I woke her up from a #Caturday nap... #CatsOfinstagram #CatsOfTheQuarantine #cats #naps
Life is a journey... I personally prefer the non-paved paths... #journey #dailymusings #QuarantineLife #happiness
She likes to "help." #puzzles #cats #catsofinstagram #weekendvibes #weekend #SundayFunday