The Invisible Bridge, by Julie Orringer is first and foremost a novel about love.  It is set against the complicated backdrop of World War II and the Holocaust, but throughout, it retains its focus on love. 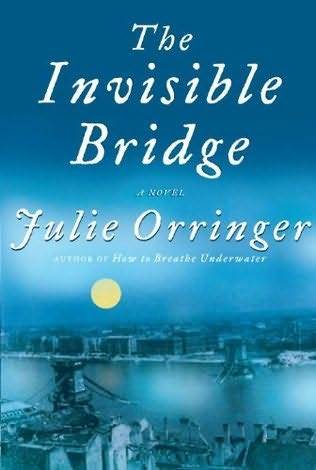 Andras Lévi is a young Hungarian Jew, setting off for Paris to attend architectural school in 1937.  He has earned a scholarship for his studies, and is eager to get his education and make his mark on the world.  As a favor to a stranger, he agrees to carry a letter with him to Paris, and as a result meets a woman ten years his senior.  Clara is a beautiful ballet teacher, with a secret history; Andras falls deeply in love with her despite their age difference.

Of course, the late 30s across Europe was an uncertain time, as Hitler consolidated his power and the continent descended into World War II.  The novel follows Andras throughout the next several years of his life, detailing his experiences as his home country of Hungary allies with the Nazis, goes to war and eventually begins its deportation and murder of over 400,000 Hungarian Jews.

Yet through it all, there is love.  A reminder that when all seems hopeless, a glimmer of sunlight remains.

It is beautifully written, pulling the reader effortlessly around the next corner even when we want nothing more than to shield our eyes and hide.  Orringer’s character development is stunning, and she weaves the narrative skillfully through a decade that includes some of the most heart wrenching events in world history.  What a profound and poignant novel, that both breaks your heart and makes you believe in the power of love…