That morning, I woke up, had breakfast, got ready and set out on my way.  I visited what was to be an unexpected gem.  I went to the D.C Booth Historic Fish Hatchery – oh my gosh wow!  I live in the Pacific Northwest, where we have lots of fish hatcheries – my city has two in town and several more out in the county.  However, the D.C. Booth Hatchery was something else entirely.

The hatchery is right in downtown Spearfish and in a beautiful setting.  They hatched trout from eggs that were gathered from Yellowstone National Park and other sources.  Interestingly, trout and the other fish hatched at Spearfish weren’t native to these waters; they were introduced to the rivers and streams in this area in order to provide stock for sport fisherman.  Over time, the hatchery saw more use as an education and training center, with the majority of the hatching tasks shifting to a newer facility nearby.  The hatchery operated through the 1980s, and then briefly closed due to budget constraints.

Fish in the ponds 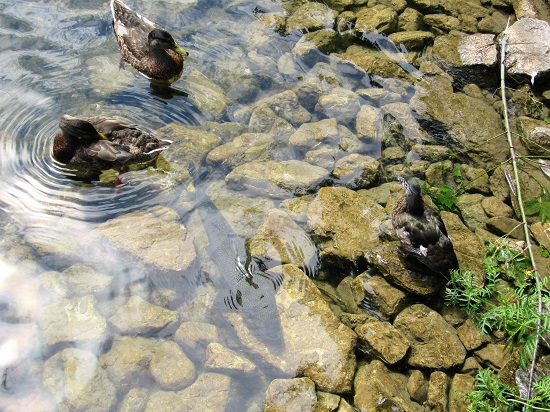 Ducks at the hatchery

After the closure, the City of Spearfish approached the federal government and asked to form a partnership where the city would operate the hatchery, and use it as an educational tool and tourist attraction.  As a result, the hatchery reopened in 1989 and the city built the underwater viewing area, converted the 1899 Hatchery Building to a museum, opened up the D.C. Booth home for tours.  The home was originally built for D.C. Booth in 1905 and featured modern amenities for the time, including hot water for the bathroom. 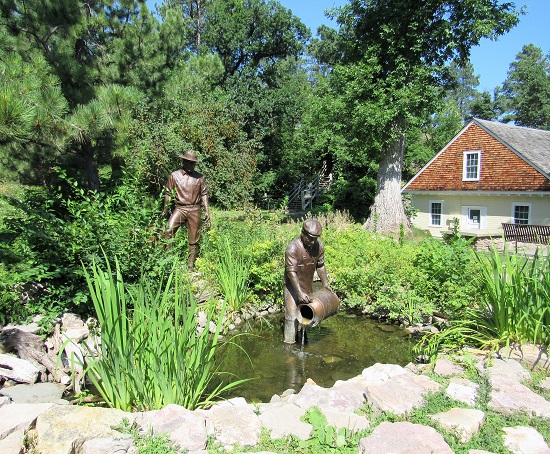 A sculpture at the hatchery

The hatchery had all sorts of fry in the various ponds and it was fun to watch them swim around.  The underwater area was interesting; an opportunity to see the fish from a different vantage point!

The museum had historic hatchery equipment; they even had an old crockery storage pot from a hatchery in Winthrop, Washington!  There was a group of kids there working on a scavenger hunt, looking for things in the museum to check off their lists. 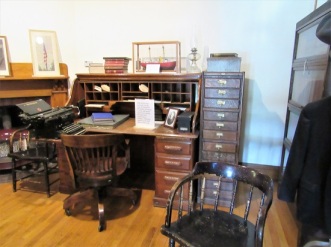 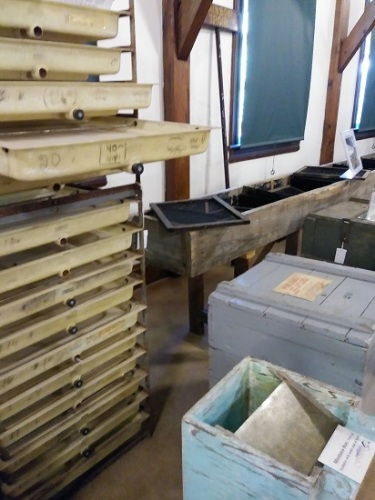 Egg trays from the historic hatchery

The hatchery also has a restored train car that was used to transport fry to places where they would be released into rivers and streams.  The rail car was really cool!  It had specialized holding tanks for the fry, so they could be transported in water, making the journey safer for them.  There were areas to store the fish food, as well as bunks and kitchen and bathroom areas for five employees.  It was fascinating to try to imagine what it would have been like to travel and work on one of these rail cars!

Exterior of the train car

The storage tanks in the train car 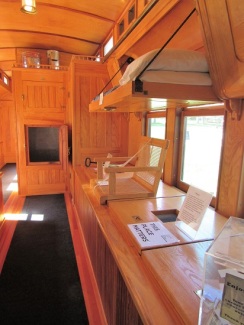 Bunks above the fish storage tanks

Work desk in the train car

I also toured the D.C. Booth house, which was built for the first Superintendent of the hatchery.  The house was nice, and was large – I would have enjoyed living there!  The home had a lovely flower garden in back that Mrs. Booth used for entertaining.  I was the only person on the tour of the home, so the docent gave me extra time to explore all the nooks and crannies, including a small sewing room and the original electrical panel for the home.

The icebox in the Booth home 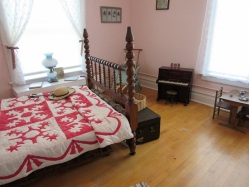 A bedroom in the Booth home

The whole site is free to visit, and you can buy pellet food to feed the fish – that is so much fun for the kids (and those of us who are young at heart)!

I am so glad that I stopped there!  And the day was only half over!