When I last posted, we had just wrapped up a fantastic day in San Francisco, but the next morning was to be one of the highlights of the trip – the de Young Museum.  When Jon and I originally changed our vacation plans to do a road trip, San Francisco and the de Young Museum were what made me decide on California, and it was the first destination that went on the itinerary.  The reason?  Girl with a Pearl Earring.  This painting by Dutch painter Johannes Vermeer was scheduled to be on display in San Francisco along with 35 other paintings from the Royal Picture Gallery Mauritshuis, The Hague.

The exhibit resulted from the fact that the Royal Picture Gallery Mauritshuis is undergoing an extensive renovation, and this prompted the museum to allow the exhibit to go on tour in the United States – it consists of 35 paintings from the Dutch Golden Age in the 17th century.  These Dutch paintings are paired with Rembrandt’s Century, a collection of over 200 17th century prints and drawings by Rembrandt and other artists from the period, from the Fine Arts Museum in San Francisco.  The highlight of the exhibition is Girl with a Pearl Earring, painted in approximately 1665 by Vermeer.

The Dutch Golden Age was a period of prosperity in the Netherlands when trade was booming, science was making significant advances and Dutch art was acclaimed around the world.  In the art world, Dutch painters were moving from the religious and allegorical themed artwork of the 16th century to a style more typified by realistic historical scenes and portraits, and art that depicted the working classes.  Paintings of the period often carried a moralistic message as well.

Probably the most famous of the painters of the Dutch Golden Age was Rembrandt van Rijn.  Rembrandt was very prolific, with experts generally believing that there are approximately 300 paintings, 300 etchings and 2000 drawings by Rembrandt out there.  One of Rembrandt’s lesser known contemporaries was Johannes Vermeer.  Vermeer was born in 1632, and during his life was a moderately successful painter mostly known for his domestic interior scenes of middle class life.

He may have enjoyed greater fame had he been more prolific – Vermeer was known to work very slowly, favoring expensive pigments such as cornflower blue.  He painted mostly women, and the scenes he painted seem to all be set in two rooms in his home in Delft.  Only thirty-four paintings are attributed to him today.  His most well-known painting is Girl with a Pearl Earring.  You may know this painting due to the fact that it is the subject of a 1999 historical novel that was made into a movie starring Scarlett Johansen. 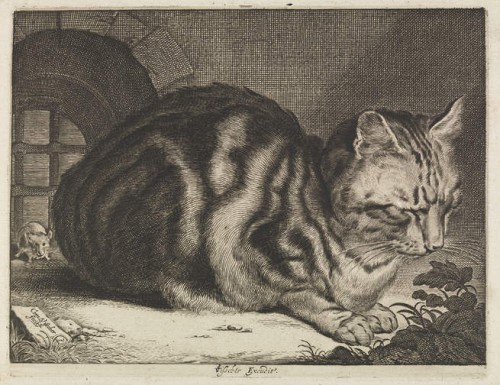 But the real draw for me are the paintings.  They were exquisite.  My second favorite painting of the exhibition was by The Goldfinch, by Carel Fabritius.  Fabritius was born in 1622, and studied with Rembrandt.  His works show his talent, but unfortunately he died young, in 1654, when the Delft gunpowder magazine exploded, destroying nearly a quarter of the city.  Only about a dozen of his paintings have survived.  The Goldfinch shows intricate detail and lighting effects on a light background, which is one of the elements of Fabritius’ style. 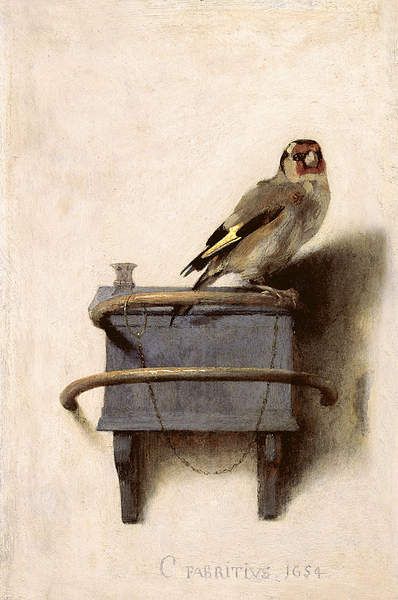 And then it was time to see it.  Girl with a Pearl Earring was alone in a room, with a guard and a couple dozen people.  I squeezed in around people to make my way front and center (this is one of those times that being short comes in handy).  I was enthralled.  The brushwork is amazing, and the intricate changes in color give the painting a realism that is not evident in photos.  Even close up, this painting looks like a photograph.  I stood and looked at it for about 20 minutes.  And after I left to see the last couple paintings in the exhibit, I came back to look again.  Stunning is the best word I can think of to describe Girl with a Pearl Earring, and it doesn’t do her justice. 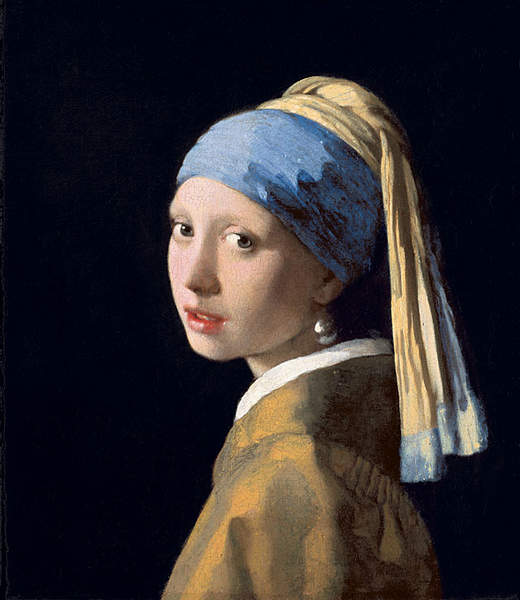 I could have stayed there all day, but that’s not realistic (although, if I lived in San Francisco, I would totally have a membership and would go see her every weekend!).  Girl with a Pearl Earring is wrapping up her visit at the de Young today (June 2) and then will be traveling to Atlanta for an exhibit there until September.  If you have a chance to see her there, don’t let it slide by!

P.S. There are no photos allowed inside the exhibit so thanks to Wikipedia for the photos.  Also, if you are looking for some great summer reading, check out The Man Who Made Vermeers, by Jonathan Lopez.  This is a well written and well researched book on Han van Meegeren, the art forger who had a very successful career forging Johannes Vermeer paintings, among other artists.  Until he got caught.