Marilyn took me to the Lew Wallace Study and Museum.  I had no idea this was in Crawfordsville, Indiana.  Wallace was born in 1827 in Brookville, Indiana, and lived in Crawfordsville at several points during his life, retiring to his family home after a long career in the military and public service. 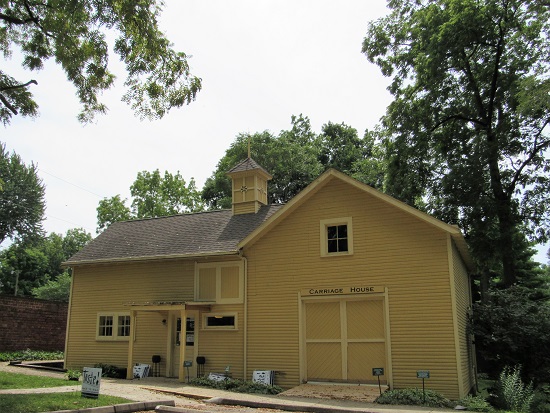 Lew Wallace was a lawyer and a Civil War Major General (and also one of the youngest Union officers to ever hold the rank).  He played important roles in the battles of Fort Donelson, and Shiloh, and he went against orders to protect Washington, D.C. from the Confederates at the Battle of Monocacy.

At the conclusion of the war, he served as a member of the military tribunal who tried those responsible for assassinating Abraham Lincoln, as well as the tribunal that tried Commander Wirz, the infamous officer who ran the Andersonville Confederate POW camp. 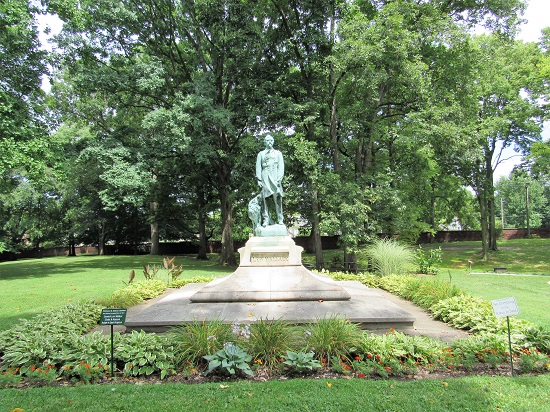 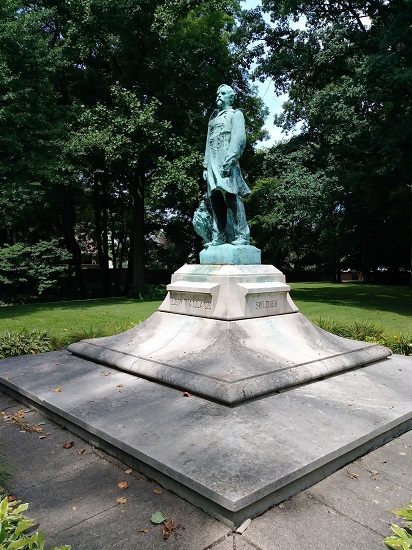 After the war tribunals were over, he went down to Mexico to provide supplies to the Juaristas so they could kick the French out of Mexico, and he served as the governor of the New Mexico territory from 1878 to 1881.  During his time in New Mexico, he signed the execution warrant for Billy the Kid (who then escaped again and died after being shot by Sheriff Pat Garrett instead of being executed).

In 1880, he authored Ben-Hur, the epic biblical saga, despite the fact that prior to writing the book, he wasn’t a particularly religious man.  He also wrote several other books, including his own auto-biography.  Marilyn gave me her vintage copy of Ben-Hur, since I have never read it.  I haven’t yet, but plan to!

In 1881 Wallace was appointed by President Garfield as the U.S. minister to Turkey and the Ottoman Empire.  In 1882 he and his wife Susan made a pilgrimage to Israel.  Makes you feel like kind of a slouch, right? 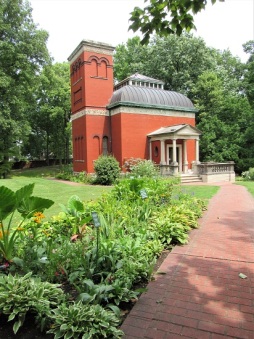 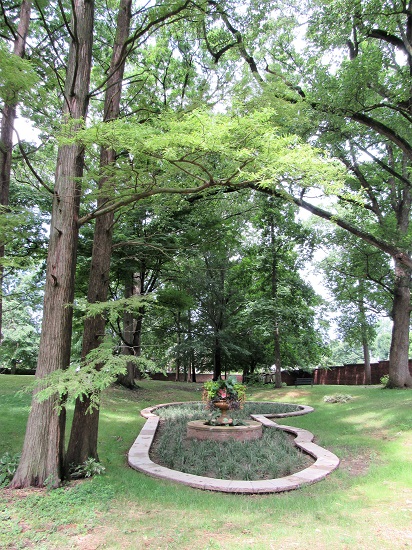 Those accomplishments made him pretty spectacular already, but in addition to that, he also invented a fishing pole with an internal reel, and he even designed the study we visited.  Yes, you heard right.  Wallace wanted his own study where he could read, design and invent; basically the 19th century man-cave with fewer neon beer signs and flat-screen TVs with football games.

Wallace designed a gorgeous brick building, and had it constructed between 1895 and 1898, at a cost of $30,000 dollars.  It combines several different architectural styles; Byzantine, Romanesque, and Greek.  The outside of the study has a face on each side; each one a character from Ben-Hur.  He filled it with amazing books, art and historical artifacts. 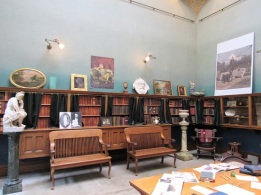 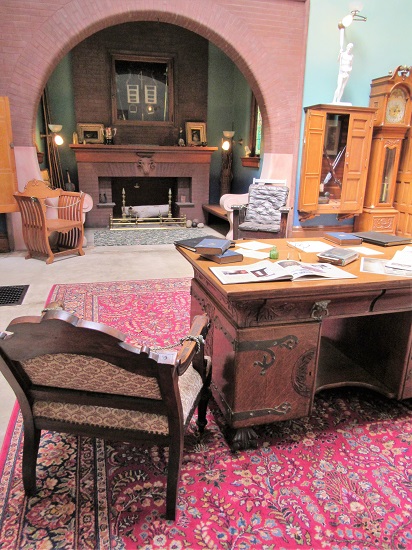 I would love to have a study like this!  Our tour was wonderful, and I was so excited that they allow photographs inside!  Our docent had an incredible knowledge of Wallace and his accomplishments, as well as the historical details of the study.  This is truly a labor of love for these folks.

And get this – they had a little library in the shape of the Lew Wallace Study!