By all accounts, Jane Austen led a sheltered life.  So perhaps it is somewhat surprising that she had an uncanny ability to see deeply into the emotional lives of people.  Her six novels describe the nuances of people, and she had a gift for writing about the complex personalities of her characters and their daily lives, in a way that brought them to life.  All this despite the fact that Austen lived her entire life in only a few places, without much money or prospects. She never married, and died after a long illness at the age of 41. 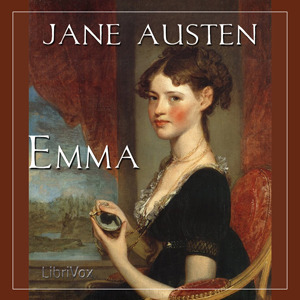 Emma is no exception to Austen’s talent for character development.  She is a bright, vivacious young woman who lives with her sickly father in the small village of Highbury, sixteen miles outside of London.  She has decided that she will never marry.

Emma spends her days socializing, taking care of her father, matchmaking for her friends, and forming opinions about all her neighbors and acquaintances.  Sometimes her meddling goes awry, as when she convinces her friend Harriet that a Mr. Elton is interested in courting her, and encourages to discard another suitor whom Emma deems not good enough.  When Mr. Elton returns from Bath with a wife, well, OOPS…  Emma continues along this way, a wealthy society girl with nothing better to occupy her time than judging everybody she comes into contact with.

The most action in the novel are a foray to a nearby home to pick strawberries, a minor run-in with a band of gypsies, and planning a ball that almost ended up not happening.  Many describe Emma as Austen’s worst novel due to this lack of action, but it still contains the rich character development.  You still see Emma’s strengths and flaws, and find yourself relating to her cringe-worthy moments.  I mean, we’ve all been there.  You become invested in the characters.  I found myself truly wanting them to succeed or fail.

That said, it is probably still my least favorite of the Austen novels, but I’m still glad I finally read it.

In the years after World War II, the residents of the tiny English village of Chawton are coming to terms with their collective loss.  Husbands and brothers have been lost to the war, and the economy is struggling. 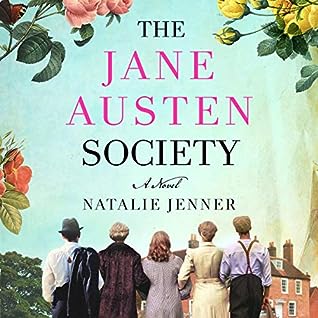 However, 150 years previously, Chawton had a resident who, although unknown at the time, is rather famous now.  Jane Austen.  Her distant relatives still live in a deteriorating manor house, with an impressive library of books that Jane Austen would have read during her time here.

Several members of the community decided to try to save the small home where Austen lived while in Chawton.  They were an unlikely band, including a widower doctor, a farmer, a widow, a 16 year old girl, a descendant of Austen herself, an American actress, and a Sotheby’s memorabilia scout.  As they embarked on their charitable cause, they also revived old friendships and formed new ones.

The Jane Austen Society has parallel stories; the surface story is the mission of the group to save Austen’s home and open it as a museum.  This story is interwoven with the stories and lives of the characters, which provide a rich depth to this novel.  Their stories often parallel the life of Austen, and her connection to family, and also her loneliness.  It is this connection that makes this a fantastic book.

Natalie Jenner writes believably about literature, friendship, grief, and loneliness.  Her characters are believable, with real trials and victories.  I enjoyed it thoroughly.

Note: Although there really was an effort to save Austen’s home in Chawton, Jenner explains that her novel’s characters are purely fictional.