The Winter Sea, by Susanna Kearsley

I found this historical romance novel in my neighborhood free library, and it looked interesting.  And it was! 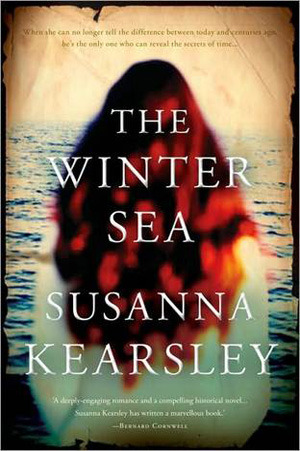 The book tells two parallel stories.  An American author, Carrie, living abroad, trying to overcome her writer’s block and get moving on her next historical novel.  A young, orphaned woman, Sophia, living in the early 1700s at Slains, a castle owned by a distant relative who has taken her in.

The novel weaves expertly from the past to the present, with Carrie writing the Sophia’s story, learning more and more about her, and realizing that Sophia is her own ancestor.  The story is set during the Jacobite Rebellion, where an exiled King James is attempting to mount a revolution to regain the throne from France.

I don’t know much about the English kings and queens of the 17th and 18th centuries, and I don’t know how historically accurate this book is, but it was interesting and it read quickly.  The cliffhangers at the end of each chapter made me want to continue reading long after I should have gone to bed.

There is a fair amount of romance in it, both in the historical portions and the present day, but it is mild if you aren’t a romance reader.  I enjoyed the combination of history and love story.