“Let us be grateful to the people who make us happy; they are the charming gardeners who make our souls blossom.” – Marcel Proust

Last weekend I spent the weekend camping with friends old and new in Westport, a small town along the Washington coast.

We walked on the beach, climbed to the top of the lighthouse, drank beer and wine, grilled food, listened to a local guitarist, and let our cares fly away on the wind.  The weather was mostly cold, and a little bit rainy, and the summer solstice sunset did not make an appearance.

It’s been a week. A couple of them actually. So it’s a good thing I have a weekend with friends starting now!

Food, wine, and the beach! A great way to spend the summer solstice and celebrate my 2nd divorcesaversary!

Have a great weekend everybody!

What can be said about 2018?  It was an unforgettable year.

I’m incredibly grateful for my friends and family who care about me, but I also had to do some letting go of people who weren’t the friends I thought they were.

I also had the amazing opportunity to go on a monumental several-month road trip of the United States.  Despite never having traveled alone for more than a week, I packed up my car and set out entirely alone.  I stayed with some friends and family along the way, but the majority of my nights were camping by myself.  Not only did I get to see some of the amazing scenery and history this country has to offer, but I also got to prove to myself that I can travel solo and have a great time in my own company.

And last, but certainly not least, I got over 15,000 annual views on this blog.  My current figure is 15,098, which is more than 1,000 more views than I received last year.  I must be doing something interesting!  Thank you to all of you who read.

Without further ado, here’s the recap:

I am hopeful that 2019 will reveal itself to be a good year, with new beginnings and continued love from my friends and family.  May all your lives be blessed as well.

I found out on Wednesday night that my former boss passed away on Monday.  As far as I know he wasn’t sick.  He was going on a fly fishing trip in early October and had still been working and vacationing.  He was in his late seventies though; that age when even if someone’s death is a shock, it isn’t necessarily a surprise.

I knew Larry for seventeen years.  I met him when I took a few classes at the community college after I got my MBA and graduated in the middle of a recession.  I interned for him, and he took me under his wing.  He took me to meetings, gave me projects to build my skills in my career field, and exposed me to influential people in the community.  He didn’t have to do any of it…  He was a true mentor.

He helped me get my first career job, calling my soon-to-be-supervisor to give me a great reference.  I got the job.  Then when an opening came up where Larry worked and I had interned, he called me to let me know he wanted me to come back and work for him.  We worked together for eight years until he retired in 2009.

Larry taught me a piece of career wisdom that I will never forget.  You work someplace as long as it works for you.  There is no faster way to make your life suck than to dislike your job.  The people are just as important as the work, and those people aren’t likely to change, at least not fast enough for it to matter.  You spend too much time there to be unhappy.  The same is true for your personal relationships.

He showed me that you can be professional and still have a great sense of humor.  He loved to lighten the mood in a tough situation, and didn’t take life, or himself, too seriously.  I loved working for him.

Larry and I stayed friends over the years, through different jobs of mine and consulting work of his, to personal joys and trials.  He moved to Nevada for a sunnier and more affordable retirement, but we stayed in touch through texts, phone calls and visits.  He was frequently back in my area doing consulting work, which let us get together from time to time over a bottle of red wine.

I talked to him about getting together in Nevada in October while I was on my road trip, but he was out of town on the days that I was there.  I didn’t know at the time that it would be the last time we talked.

True friends come along rarely in this world, and I will always be grateful that I had the experience of having a boss and mentor become a real friend.  I know a lot of people felt that way about him.

Rest in peace, Larry.  You are very, very missed.

Tuesday we made the most of our day.  We were up at 7 and out of the hotel room by 8:30 – it was a bit chilly in the morning!  There was a bit of trouble with the Tube, since there was some sort of issue with a train on the line we wanted, but we were soon on our way to the Westminster Pier.  We were going to take a cruise on the River Thames!

Brandon, me, Taryn and the River Thames

City Cruises offers a 24 hour, hop-on-hop off pass; we boarded and enjoyed a leisurely ride up the river on the boat.  Our guide gave us lots of information on the history of the river, and the buildings and bridges that we saw along the way.  He was very funny too, and it was a beautiful day for a boat ride!   If the weather is cooperative, I would definitely recommend sitting up top – you can’t beat the view! 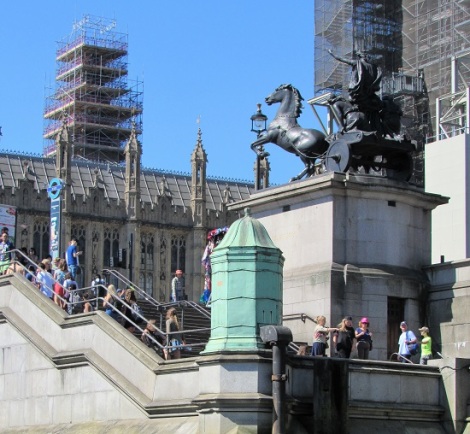 The view of Big Ben and a statue

Taryn, me and the River Thames

This is a hotel, I think

The dome of St. Paul’s Cathedral

The Golden Hinde – a full-sized reconstruction 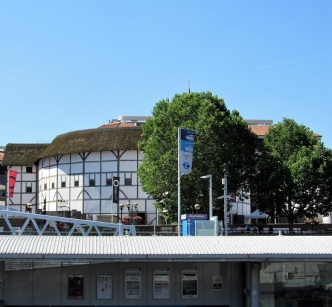 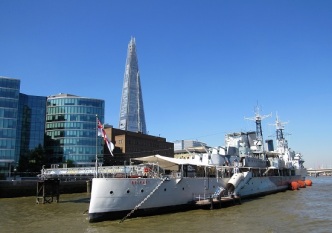 The Belfast with The Shard in the background 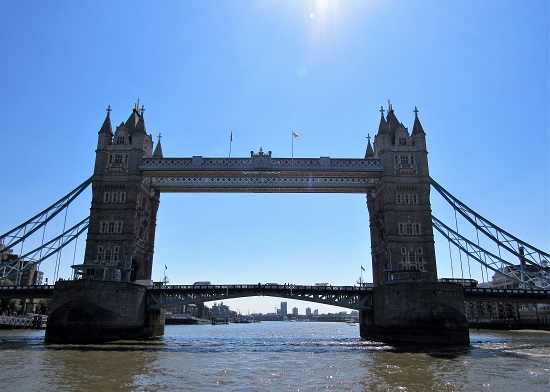 We departed at the Tower Pier; we were going to the Tower of London next!

Tube Stations: Earl’s Court (hotel), Westminster (at the River Cruises dock)
Costs: City Cruises River Cruise – 18.75 pounds (free with London pass)  Note: City Cruises advertises this as a 24 hour pass, but the boats only ran until about 6 pm at the latest – check the times!

Yesterday marked two months of being on the road.  I was having too much fun to write though!  I spent the last few days at a friend’s house just outside of Washington, D.C., and it was amazing!

Yesterday morning I went trail riding with a horse show friend from my childhood in Silver Spring, Maryland.  In the evening I had cocktails in historic downtown Alexandria, Virginia.

Today I visited the Antietam National Battlefield on the 156th anniversary of the battle.   Antietam has the distinction of having the single highest day of casualties for the United States in any battle; close to 23,000 men were killed, wounded or missing in one day of fighting, and approximately 4,000 men died.

Unfortunately, it was raining, and then pouring today, so it wasn’t a great day to see the battlefield.  So, I am zero for two on Antietam, since the last time I was there, there was a little bit of snow and the visitor’s center and the battlefield gates were closed.  I did drive the auto-route and walked a little bit, but it was brutally wet.

I am on my way to Michigan for a family wedding.  Afterwards, I will begin the trek back west.  I do need to cut out the Southeast, due to time constraints, and the hurricane aftermath, and the fact that I have traveled a lot more slowly than I thought I would.  We will see where the return trip takes me.  It has been a great trip so far! 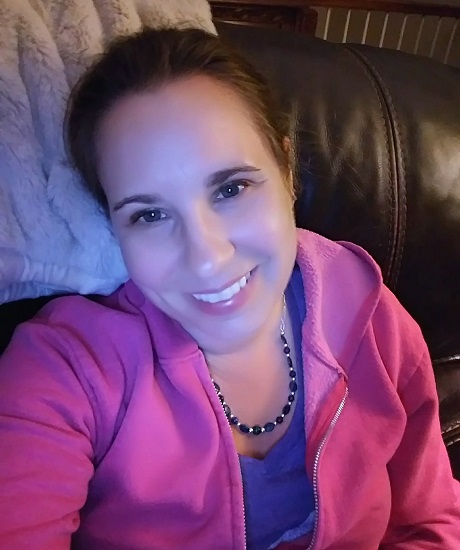 Me relaxing in Alexandria

Life has a way of catching up with you sometimes, and getting crazy busy and a bit overwhelming. So while I devote some attention to it over the next few weeks, I am going to share a few photos of the adventures over the last several months that I haven’t had a chance to post about.

Hunter Under Saddle circa 1990-1991. Biz was 3 (maybe 4) and I was 14 or 15. Rest in peace buddy... I'll miss you forever. April 22, 1987 - March 25, 2020. #memories #grief #goodboi #goodhorse
Cora is ready for my workday to be over!! #FridayMotivation #FridayFeeling #30MoreDays #workfromhomefail #StayHome #COVID19
I needed a little pick-me-up last week, so I picked up a spot of color during my grocery run. #Covid19usa #SocialDistancing #spring #springflowers #Daisy
I'm helping mama!! #puzzles #CatsOfTwitter #CatsOfTheQuarantine #cats #StayAtHome #StayHomeStaySafe #SocialDistancing
A pretty sunrise through the clouds this morning... #sunrise #nofilterneeded #morning #SocialDistancing #WorkFromHome #Bellingham #BellinghamExperience
Another walk on a mostly silent campus... @WWU #spring #covid19 #SocialDistancing #StaySafe #SundayMorning #SundayFunday