I’ve read other books by Gillian Flynn, so when I noticed that this one was available at the library website, I decided to check it out.

Libby is a woman in her early thirties, trying to escape her past.  When she was 7, she was the survivor of the murder of her mother and two sisters; her 15-year-old brother was convicted of the crime.  Libby heard her brother in the house that night, even though he told police he was not at home. 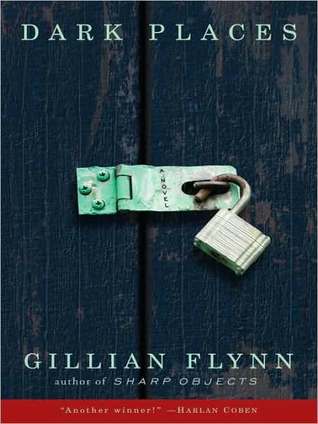 The sympathy money that has kept her going all these years has finally run out, and Libby is forced to accept the fact that she is broke and in need of a job.  She receives an offer to appear at The Kill Club, an unfortunately named convention of sorts, where amateur sleuths convene to swap tips and try to solve their favorite cold case murders.  Libby learns that there is a significant group of followers who believe that her brother is innocent.  But why?

Led along by the small sums of cash offered by the group, she agrees to meet with her brother for the first time in almost 25 years, and begins to harbor a nagging doubt that her brother murdered her family.  What if Libby’s testimony was wrong?  She had to find out the truth…

As is the case with all of Flynn’s books, the reader is taken on a roller-coaster ride of ever-changing facts, opinions and realities.  As she weaves in the stories of Libby, her mother and her brother, both then and now, the reader begins to realize that nothing is as it seems.  A well-planned thriller that kept my interest, if not somewhat unbelievable in the end…