You already know that I’m a history nerd.  This book really helps to explore some of the lesser known historic figures in American history. 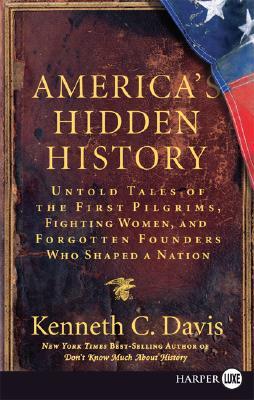 The book has several chapters on different time periods in history; between the arrival of the Spanish and the Revolutionary War.  It includes stories about Queen Isabella, who insisted the explorers take pigs along to the New World, which were likely a significant vector of disease.  And George Washington’s pesky little insubordination and war crime in 1754 that led up to the Battle of Fort Necessity.

I listened to this on audiobook, and my only real gripe was the fact that the last CD of the set was a duplicate of the second to last CD.  Which meant that I didn’t get to hear the end of the book!  I was able to download the corrected version from the library and hear the last portion of the book. I emailed Penguin Randomhouse Audio about replacing the last CD; I hope they are willing to send a correct recording of the last disc!