The Descendants, by Kaui Hart Hemmings

It was hard to get George Clooney out of my head, since I know he stars in the film adaptation of this book.  But that might have been the best part… 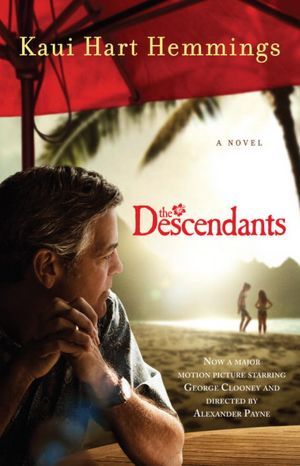 The Descendants tells the story of Matt King, a descendant of the last Queen of Hawai’i.  His father has died and he is now the executor and largest shareholder of a family trust containing the family assets.  The family is looking at selling off the land, as they no longer can afford to maintain it.

But meanwhile, his adventurous, beautiful, impulsive wife has been severely injured in a boating accident and lies in a coma in the hospital.  Her doctors do not believe she will recover, and she has a living will that indicates she does not want any life prolonging efforts to be taken.

Matt has been a successful attorney, working long hours, but now he must figure out how to relate to his two daughters, to be able to parent them through this time of profound grief.

This novel offers a lot of twists and turns, but I felt like Hemmings was trying too hard.  The family trust/land sale story-line didn’t add much to the story.  The character development was lacking, and left the reader feeling unable to relate.  What should have been a tough, raw story of grief and reconciliation seemed trite and superficial.

I had high hopes when I started it, but this novel left me wanting more.