The Tattooist of Auschwitz, by Heather Morris

This historical novel is based on a true story, and interviews with Ludwig (Lale) Sokolov, a Slovakian Jew who ends up being sent to the Auschwitz-Birkenau complex of concentration camps during World War II. 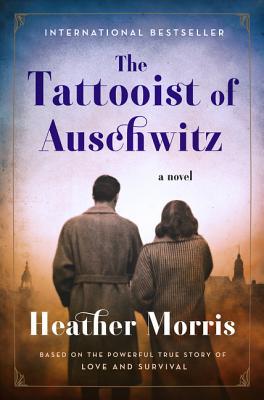 Lale speaks multiple languages, so he is chosen to be the one who tattoos prisoner numbers on the new arrivals to the camps.  That is, of course, the prisoners who are selected to live, and are not immediately sent to the gas chambers.

Lale resigns himself to his gruesome task and the fact that he receives privileges as a result of his position that others in the camp do not.  One day, he meets a young woman who captures his eye, and his heart.  He decides in that moment, that he will marry her.  But he does not even know who she is.

Lale seeks her out and courts her, a love story in a place of unspeakable horror.  Lale and Gita vow to remain strong for each other, so they can survive the camp together.  Lale begins to use the relative freedom he has to get extra food for the camp prisoners, but he is risking his life to do it.

This story is one that documents the incredible atrocities that occurred that Auschwitz and Birkenau, but also is the story of hope and survival.

Despite the amazing story and the fact that it is true, I found myself not being able to get into it.  I felt that the writing was superficial and glossed over the weight of what truly happened in these concentration camps.  I had a hard time feeling connected to the characters and the tragedies they experienced, because of the lack of depth in the story-telling.  I learned later that the story was originally written as a screenplay, which may explain the more superficial writing style.

It was still a good book, but I felt it could have been so much more.

4 thoughts on “Book Review: The Tattooist of Auschwitz”