The Broker, by John Grisham

I haven’t read anything by John Grisham, but I have watched a few movies that are based on his books.  This was one of my dad’s audio books, so I popped it in for a quick read on my commute. 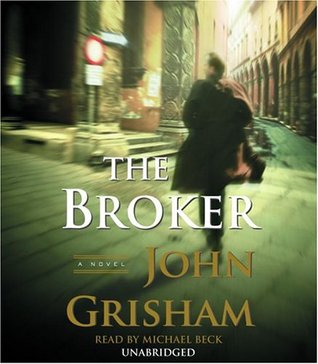 Joel Backman was a high powered attorney in Washington, D.C., trying to broker a deal between the U.S. Government and three young middle eastern men who have hacked into a satellite system and want to sell the technology to the highest bidder.  In the process, things go wrong and Backman goes to prison.  Fast forward to the beginning of the novel, when he has received a Presidential pardon (that he didn’t ask for) and is set up with a new life in Italy.  Things seem to be looking up!

However, things are not as they seem, and as it turns out, there are multiple people trying to kill Backman.  The problem is, he doesn’t know who…  He does realize that he can’t trust the government operatives who are supposed to be helping him.  So he’s on his own…

The Broker is a fast-paced thriller with plenty of intrigue and seeing who can outsmart whom.