The Templar Legacy, by Steve Berry

I have several of the Steve Berry thrillers among the audiobooks that I’m working my way through, so I pulled another of them off the shelf for some entertainment on my commute. 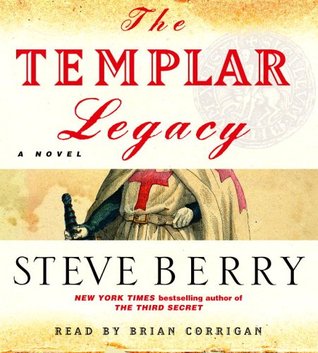 Cotton Malone is a retired government operative, who gets tangled up in the quest his former boss is on; this time it has nothing to do with national security.  His former boss, Stephanie Nelle, is trying to discover what her late husband was looking for, that led to a journal of mysterious clues.

Malone learns that the mystery has to do with the riches that were supposedly stockpiled by The Knights Templar hundreds of years ago, and have now been lost.  Stephanie’s husband has been searching for the treasure, and plenty of people think he was onto something, and they want a piece of it.

This thriller has the usual intrigue, mystery, and plenty of exploration of the myth of the Knights Templar and their continued existence following their arrest and destruction in 1307 AD.  Berry paces his novels well, and keeps his reader interested from beginning to end.