After This, by Alice McDermott

This coming of age novel follows the Keane family, a devoutly Catholic family living on Long Island.  Mary Keane is working as a secretary in a large secretarial pool, when she meets John Keane, a World War II veteran.  They marry and start a family and the novel follows them through the next 30 plus years. 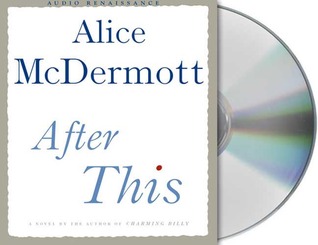 The novel weaves its way through the fundamental shifts in American society caused by the Vietnam War and the sexual revolution.  It explores faith and family, and children growing up and becoming independent.  It uncovers the tragedy of war and mental illness.  It winds its way through grief and disappointment, as well as familial obligation.

McDermott narrates through each of the family members, and captures the nuance of parents vs. children, and young vs. older, throughout multiple time periods.  She does all this while developing characters who are rich and complex, each one different despite being part of the same family.