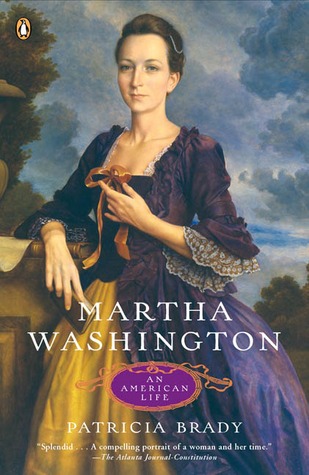 Martha Washington was born in 1731, and was quite successful in her own right, even before she met and married George Washington.  But how much do you really know about her?  Patricia Brady’s biography goes into detail on the inaugural first lady’s life, from her childhood to her death in 1797.  She explains what is known about Martha and what has been lost to history, and the fact that women’s stories of the time were rarely told.

Much of George’s wealth came from his wife, as she was indeed a wealthy woman by the time she married him at age 27.  They had a marriage of love, respect and partnership, and by all accounts George genuinely appreciated his wife’s presence, even sending for her to come to winter camp each year during the Revolutionary War.

It was interesting to learn more about this woman, her strengths and failures, and her life within a period when women typically did not run businesses or manage their own affairs like she did.  It was a worthwhile read!