I was in Massachusetts!  A new state!  I spent several days in the Boston area and the first day that I was there, I spent the day in Lowell, Massachusetts.  Lowell is a city with an important part of our national history, but it may not be a name that you recognize.

How Lowell got its start is a fascinating story.  Francis Cabot Lowell was already a successful merchant when he and his family traveled to England from the United States in 1810.  He became interested in the operation of power looms, but was not able to buy blueprints or a model of any of the looms the English had developed, as they were closely guarded trade secrets.  So he watched the looms operate and memorized how they worked.  In 1812, Lowell and his family sailed once again for the United States.  Since the War of 1812 was underway, all of Lowell’s baggage and belongings were searched for contraband when they left England; but Lowell had committed the information to memory and did not have any written material.

Back in the U.S., Lowell partnered with a machinist named Paul Moody, and the two were able to successfully create the first American power loom. Lowell began the first textile mill using a power loom in Lowell in 1814, and sadly, he died only three years after it began operations.

Lowell is currently the fifth largest city in Massachusetts, starting out as a mill town incorporated in 1826.  Built along the confluence of the Merrimack and the Concord Rivers, Lowell had the water power to sustain a large industrial complex.  The canals and mills were built by immigrant men fleeing the famines of Ireland, and the female mill workers generally came from the farming families of New England. By the 1850s, Lowell was the largest industrial complex in the United States, with several huge textile mills weaving raw cotton from the South into fabric.  Much of the fabric made its way back to the south to clothe the slaves; Lowell was the name given to the coarse cotton fabric that this clothing was made from.

The mills continued to thrive after the war, with later mill workers being comprised of German Catholics and French Canadians.  The mills finally began to close in the 1920s, when new mills were built in the south, taking advantage of cheaper labor.

After many years of decline, Lowell began to see a turnaround, when Wang Laboratories based its headquarters there.  Revitalization occurred, focusing on culture and history, and the Lowell National Historical Park was created on June 5, 1978.  The historical park focuses on the history of Lowell as a mill town, with the Boott Cotton Mills and Museum, the Mill Girls and Immigrants Boardinghouse, and a Visitor’s Center among several other sites.  The sites are spread out among the downtown area, but it is easily walkable, and a great way to spend the day!

I started at the Visitor’s Center to get a map of the sites, and watched their 19 minute introductory video.  It was very interesting!

When I left the Visitor’s Center, it was close to lunchtime, so I stopped in at the Lowell Burger Company, where I had a salmon burger with a handmade patty. It was so delicious that I forgot to take a picture! 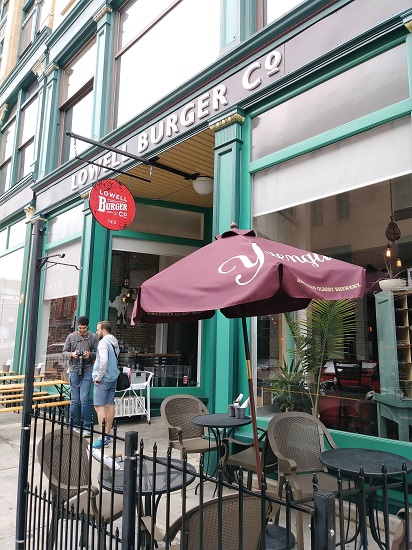 Next I headed over to the Boott Cotton Mills and Museum, which has been renovated to its original state, with fully operating machinery.  They give you earplugs before entering and recommend using them, because the looms are loud!  The first floor shows the full operation of a working textile mill, and you can wander though seeing the machines.

Upstairs is the museum area, which goes through the history of the mill, as well as how the various machines worked to create fabric from raw cotton.  It was so fascinating!  It also has exhibits on the mill workers who worked in Lowell, mostly young women from farm families. 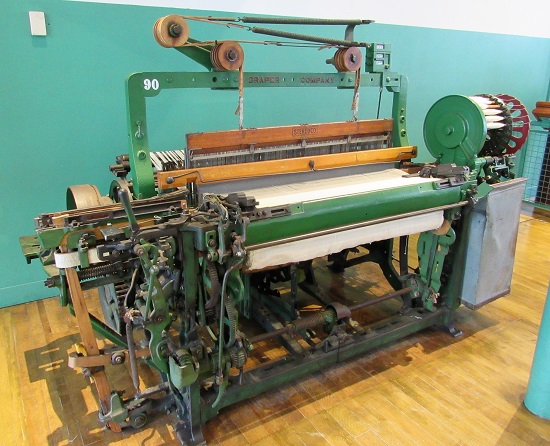 What was particularly interesting was an exhibit that gives visitors a chance to weave your own piece of fabric on a small loom.  You could choose colors and different patterns to use.  Then after you were done, they mailed it to you!  It was tough to get it right and I definitely made quite a few mistakes on mine! 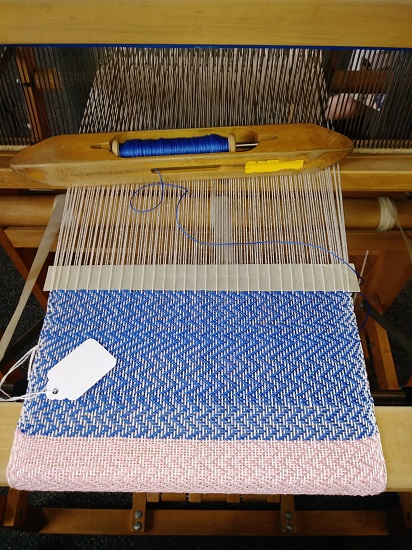 I really enjoyed this museum, and there was so much more at Lowell to see!