The Murderer’s Daughters, by Randy Susan Meyers, was a book club pick, and I was thankful that my hold at the library came in just in the nick of time.  Of course, my hold at the library had been ready for several weeks, but pick ups were delayed by violence and protests at a homeless camp that had been set up on the library lawn…  2021 so far seems to be a continuation of 2020!  But that’s a story I won’t get into here. 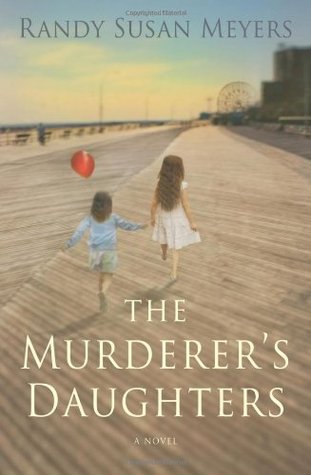 Lulu and Merry were 9 and 5 years old when they witnessed their father murder their mother in a drunken rage.  The family was fractured and dysfunctional, and shortly afterwards, the girls were sent to live in a group home for girls.  They had weekend visits with their grandmother, who inexplicably couldn’t care for them, even though she managed to live on her own, and visit their father in prison every other weekend.  She and Merry had to take a couple different buses and the Staten Island Ferry to get there, but visited him faithfully, while Lulu refused.  The girls spent years in the orphanage before they were finally fostered by an employee of the home for a short time.

Lulu and Merry each developed different coping methods and strategies and built drastically different lives for themselves.  They remained bonded in their trauma, neither effectively dealing with the pain of what happened.  The novel follows them from the time of the murder in the 1970s until the early 2000s; their careers, their relationships and their family bonds.

Randy Susan Meyers draws on her experience working as a domestic violence advocate to frame the story. It was interesting in many ways, with the characters displaying believable attributes.  The manipulative father who holds no accountability for his actions, the perfect child, and the daughter who rebels against everything…  That said, the characters felt one-dimensional and flat to me; they needed more depth to truly immerse myself in the book.