Ever since the first time I watched Breakfast at Tiffany’s, I was fascinated by Audrey Hepburn. So alive yet so reserved, so slender and beautiful, and so demure. In learning more, I was even more impressed. This hugely famous starlet who never liked being in the public eye, and who never got over her past, growing up in Nazi-occupied Holland during World War II. 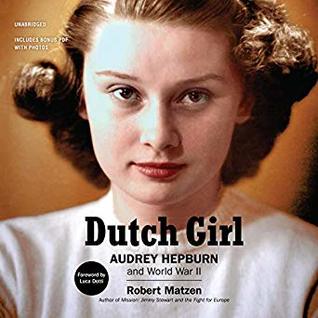 She saw things that never left her; the trains deporting Jews to concentration camps, her beloved uncle arrested, held hostage and murdered in retailiation for the activities of the Dutch Resistance, her close-call near-kidnapping as the Nazis were rounding up young women to serve as domestics in Germany. Her demeanor was hugely shaped by this experience, and affected her greatly for the rest of her life.

Matzen does a superb job of detailing Hepburn’s life, from her early childhood, through her death of a rare intestinal cancer in January 1993, at the age of 63. His biography talks about the important pieces of her life, from the abandonment by her father, to her strained yet co-dependent relationship with her mother, who followed the German fascist movement in the 1930s, to her love of ballet and dance.  Her tenacious will to live and thrive meant Audrey never gave up, even when things seemed hopeless.

The book reads as one part biography, and one part action-adventure story, as he describes her experience growing up under Nazi occupation and participating in Dutch Resistance activities. Never one to toot her own horn or even talk much about her personal life, Matzen reveals a part of Audrey Hepburn that has been little known to her admirers.