The Winemaker’s Wife, by Kristen Harmel

In this historical novel, Inès and Michel are a young newlywed couple in the Champagne region of France at the beginning of World War II. Michel’s family business, the champagne house of Maison Chauveau and its elaborate wine cellars are the perfect location to hide guns for the French Resistance. Inès and Céline, the wife of Maison Chauveau’s winemaker, have a strained relationship and do not see eye to eye. 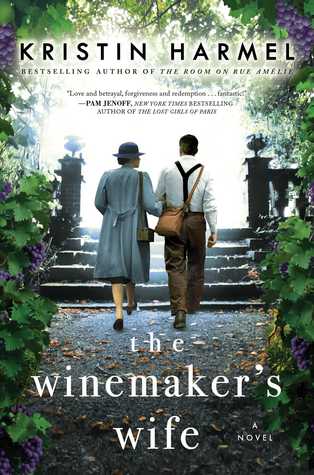 Liv is the American granddaughter of a French woman who whisks her off to France after Liv’s marriage falls apart and she finds herself starting over. She soon learns that her grandmother has secrets; the frail, elderly woman is taking her on a wild goose chase to uncover her long-buried family history, a history she tried to leave behind at the end of the war.

Harmel takes the reader on a series of twists and turns; each character is not who they initially seem to be. They are complex and multi-dimensional, making it impossible to either love or hate any of them. Each one has their good and bad qualities, much like we all do in real life, which are exacerbated by the stress and privation of war.

I don’t want to give much away, because each twist in this winding road is worth discovering for yourself. Just know, it is well worth the read.