I spent a lazy morning on my last day at Split Rock Creek State Park – I did some route planning and relaxed on the dock and got some photos of the muskrat who kept swimming by.  After leaving, I felt rejuvenated and ready to begin again.  I was off!  My destination was Pipestone National Monument, in Pipestone, Minnesota. 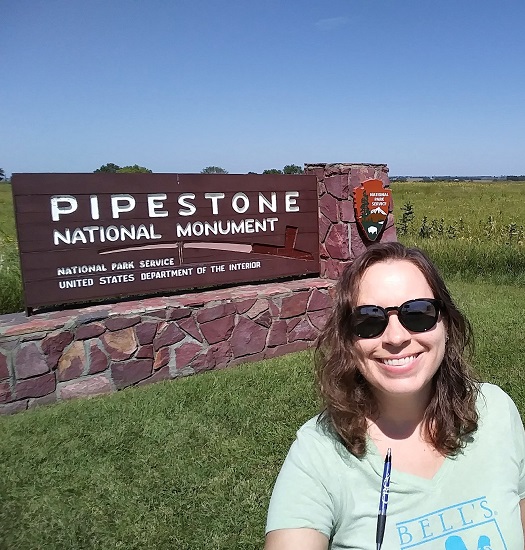 Pipestone National Monument is a sacred site for the plains Native Americans, including the Lakota, Dakota, and the Sioux, due to the red pipestone that is prevalent in the area, and is carved to create prayer pipes.  The Sioux took control of this land around 1700, but ceremonial pipes found in burial mounds show that this area has been quarried for centuries.  Pipestone is a type of metamorphosed mudstone, which is prized because of its soft properties, which allow it to be easily worked into the ceremonial pipes.  It is also known as Catlinite, after it was described by the American painter George Catlin in 1835.

The land that the monument occupies was acquired by the federal government in 1893, and the last tribe to quarry there, the Yankton Sioux, sold their quarry rights in 1928.  On August 25, 1937, Pipestone National Monument was designated, and Native American quarrying rights were restored.  Today, approximately 67,500 people visit the monument each year. 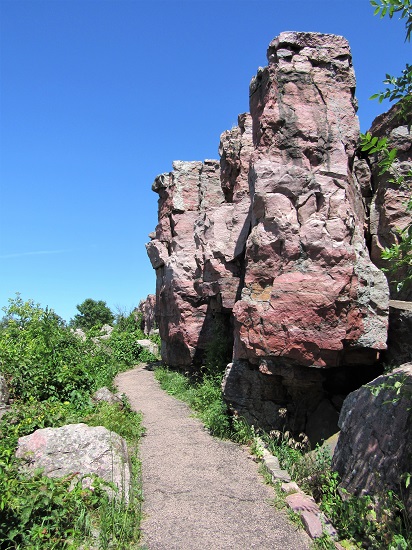 The monument has restored over 250 acres to the native prairie grasses; there is a 3/4 mile nature walk where you can see some of the historic quarries and a waterfall.  It is beautiful and peaceful.  Another section of the park, that is not open to the public, contains lands that are currently being quarried.  You have to be Native American from specific tribes in order to obtain a permit to quarry pipestone there; many of the artisans who dig for the stone are third of fourth generation carvers.  There is historic evidence of the visitors here over time; some graffiti is from the 1800s.

One area on the nature walk contains The Oracle; you can peek through a hole in a sign and see the face of an elderly man jutting from the quartzite stone cliffs. Unlike in The Neverending Story, The Oracle did not open his eyes or shoot laser beams from them.  Whew! 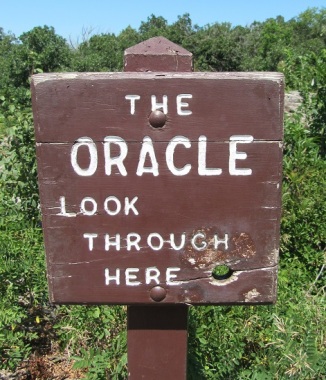 You know you want to… 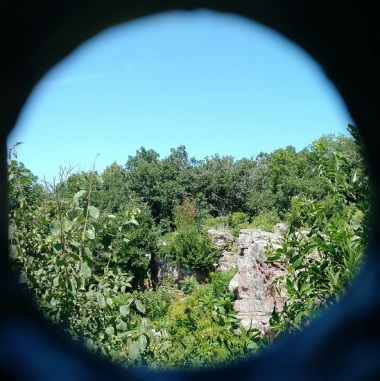 Do you see it?

Do you see it now?

I enjoyed Winniwissa Falls, and even captured “Bigfoot” in one of my photos there – you be the judge! 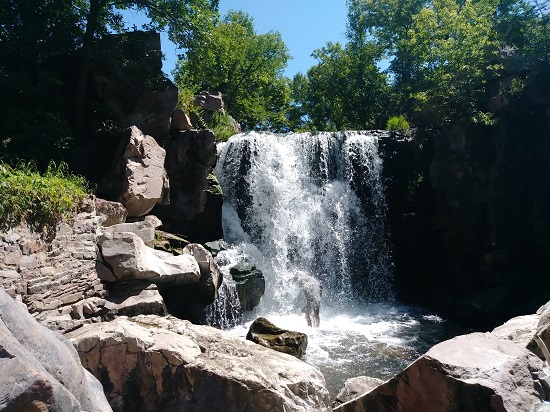 I also saw a Green Heron, and my first ever Thirteen Lined Squirrel!

A bumblebee on thistle

Inside the Visitor’s Center I checked out the exhibits of petroglyphs and the history of the site, and I watched a man carving pipestone into pipes.  They are truly beautiful; the finished product is rusty red with a smooth finish.

After leaving Pipestone National Monument, I stopped by Blue Earth, Minnesota for selfies with two iconic figures from my childhood – the Jolly Green Giant and Sprout!  The Jolly Green Giant is 55 feet tall and has been here since 1978.  What a fun, quick stop!

The Jolly Green Giant! Him, not me… 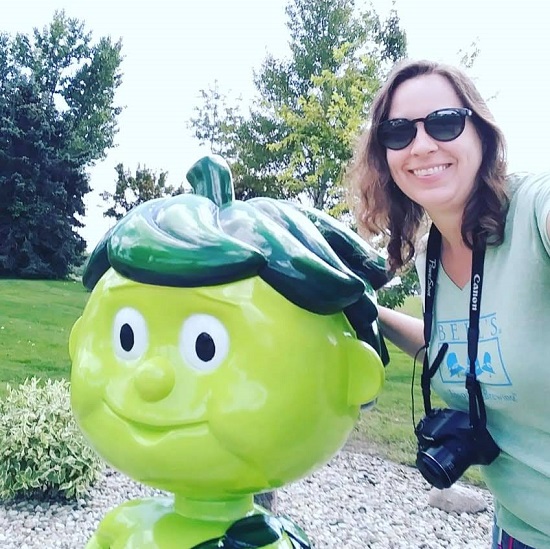 I stayed the night at Oakwood Trails, in Austin, Minnesota.  It is a family owned campground on the back 40 of a farmer’s soybean and dairy farm – they were such friendly, kind people!  It was a nice campground with very few mosquitoes, which of course I really enjoyed.  The bathrooms were nice too!  Highly recommended!