After lunch, I drove to Fort Phil Kearny State Historic Site, which is about 25 miles east of Sheridan.  Fort Phil Kearny was a short-lived US Army outpost set up along the Bozeman Trail, the wagon road that linked the Oregon Trail to the gold fields in present-day Montana.  It was first constructed in 1866, and was tasked with protecting travelers who were heading northwest along the Bozeman Trail; there were about 400 troops stationed there.  However, from the very beginning, the Native Americans in the area had a issue with the fort’s presence, and they ended up fighting several battles over control of the North Powder River in the area. 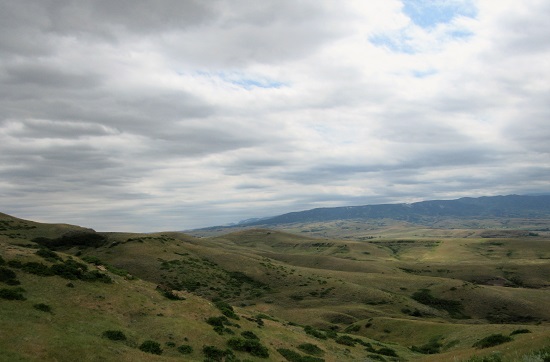 When the Army first envisioned the forts along the Bozeman Trail, the land was occupied by the Crow tribe, who believed that cooperating with the US Government was in their best interest; they accepted the forts on their land, which had been “granted” to them by the 1851 Fort Laramie Treaty.  However, dwindling herds of bison meant that the tribes were moving around more to seek food;  the Lakota tribe took control of the area, decided to ignore the treaty boundaries, and were decidedly less accepting of the presence of the US Army.

The tribes had seen the devastation inflicted on the land and the natural resources by white settlers traveling on the Oregon and California Trails, and they were determined to protect this area, one of their last open hunting grounds, which was critical for their way of life.  The Lakota, cooperating with the Northern Cheyenne and the Northern Arapaho tribes, launched a series of small scale attacks on troops, travelers, and civilian laborers working out of the forts.  One such skirmish erupted further; the Fetterman Fight in 1866.  However, as that battle was fought about three miles away from the fort, I will talk more about it in a later post; I visited the battle site the next day. 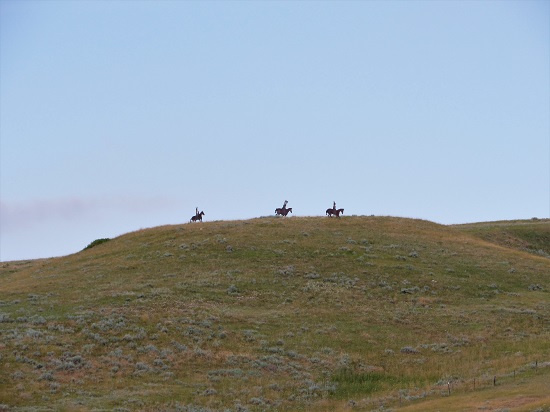 Sculpture of Native American scouts on the ridge line

It costs $5 to visit; $3 if you are a Wyoming resident.  When you visit, the Visitor’s Center has a brief film that goes over the details of the fort, the Fetterman Fight and the Wagon Box Fight that occurred in 1867.  There is also a diorama of the layout of the original fort. There is a lot of imagination that goes into your visit; the original fort was burned in 1868 and the replica buildings have not been constructed.  The fort site has had some excavations; a map and signs mark out where the original buildings were located.  There is a rebuilt section of the fort wall, so you can try to imagine what it would have looked like.  The cemetery down the hill also contains burials of some of the soldiers and civilians who were killed during the Army’s short occupation here.

The cemetery at Fort Phil Kearny

Today it is a peaceful grassland, and it is still a sparsely populated area.  I can only imagine how remote it was back in the 1860s; the fort was 236 miles from its nearest neighbor, Fort Laramie.  That would have been an incredibly difficult journey on horseback or in a wagon trail even in the best weather, not to mention temperatures of 30 below zero during a harsh winter.

I saw magpies and pronghorn in the grass beyond the fort’s boundaries when I visited, and imagined what it would have been like when the area had large herds of bison.  It was worth the visit to see the wildlife I did see! 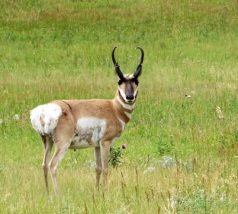 A Pronghorn out for a stroll

Female pronghorn and her fawn 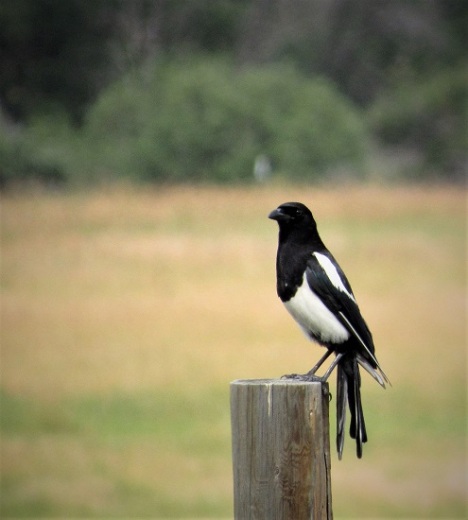 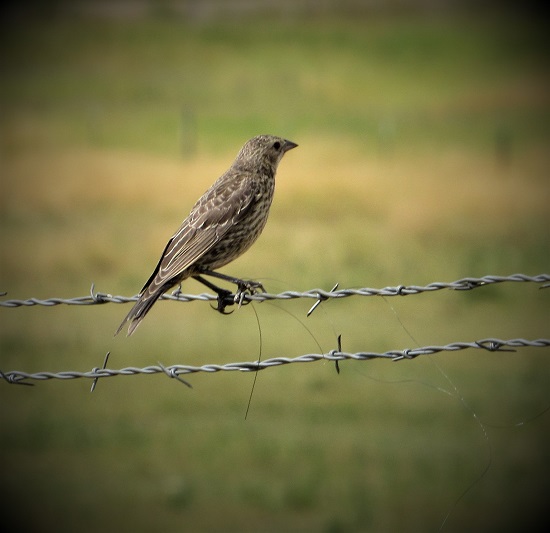 After my wanders at the fort, I went back to camp for a nice nap!