Sheridan, Wyoming is a cute little town…  It is a place where the Old West meets cute, kitschy shops and apparel boutiques.  King’s Saddlery Shop is one example; Don King began making saddles in 1946, and opened the shop in Sheridan shortly after.  It is a traditional saddle shop, the kind that you just rarely see anymore.  They sell everything tack related, from all types of saddles to ropes, saddle pads, bits and bridles and every other tack imaginable.  Their saddles are beautiful!

King’s Saddlery also has a museum.  The collection of saddles and other tack is huge, ranging from side saddles, cutting saddles, roping saddles, parade saddles and even some English saddles.  And yes, in case you don’t know, there is a different saddle for every type of riding.  The museum also has all sorts of bridles, spurs, a wagon or two and other riding accessories.  Some of the tack was owned by famous people, and many of the saddles were designed and made by the Don King and his sons.  There were many ornate and unique artifacts here; the shop and the museum are truly labors of love! 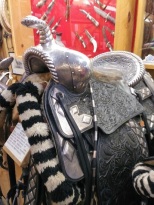 After visiting King’s I spent a bit of time wandering the downtown streets of Sheridan, poking around in a few of the shops.  I also checked out some of Sheridan’s cool sculptures – I like when towns have artwork for people to enjoy outside.  However, I was feeling lonely.  I had been on the road for ten days at that point, so it was bound to happen; the majority of my time was spent alone.  It happened from time to time on my trip, and I always tried to have a balance of being gentle with myself, but also still pushing myself to not just give up and quit. 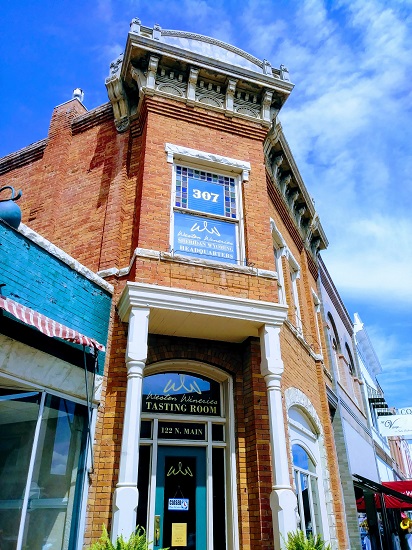 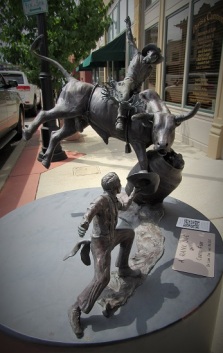 It was lunchtime, so I went and found the Black Tooth Brewing Company and ordered a beer, and got some Pad Thai from the food truck parked outside.  I sat outside in a shady spot and enjoyed a bit of time relaxing.  I would love to visit this brewery again with someone!