After I visited the Grant-Kohrs Ranch, I still had plenty of time in my day.  I headed over to the Old Montana Prison.  For some reason, I have a morbid fascination with old prisons, and this one didn’t disappoint!

The Old Montana Prison was in use from its construction in 1871, all the way to 1979.  Much of the present facility was built using convict labor, and the sandstone walls are 24 feet tall and extend 4 feet down into the ground to prevent prisoners from digging their way out.  Construction of the exterior walls began in 1893.  The oldest buildings currently standing at the prison are the original women’s building from 1907, and a 1912 prison building. 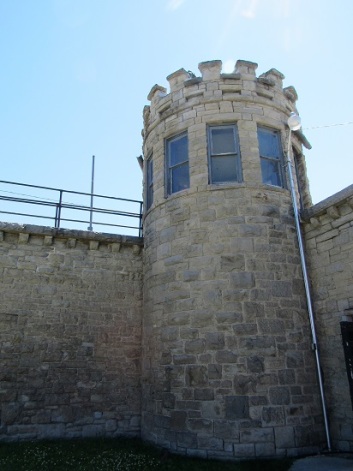 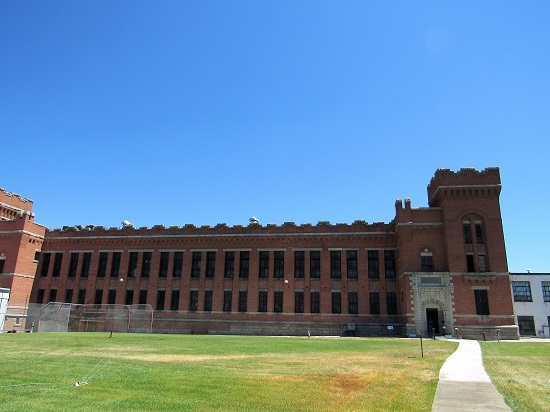 The Exterior of the 1912 Cell Block

The prison is huge, and you can wander on a self-guided tour to see the cell blocks, cafeteria, women’s block, exercise yard, warden’s office, workshops and more.  I don’t think I would want to visit at night though; I’m sure the place is haunted!  The exhibits in the prison included information on the 1959 riot there, which resulted in the death of Deputy Warden Rothe and the murder-suicide of the two inmates who initiated the plot.  Several guards and other staff were held hostage for about 36 hours, before the Montana National Guard stormed the prison and ended the riot.  The inmates were rioting over the poor conditions at the prison, which got worse after the riot ended. 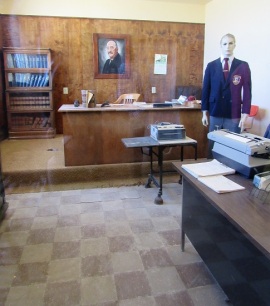 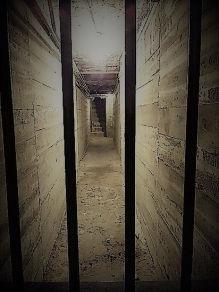 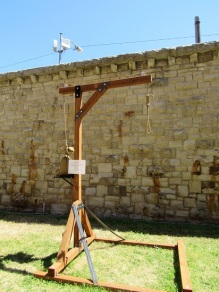 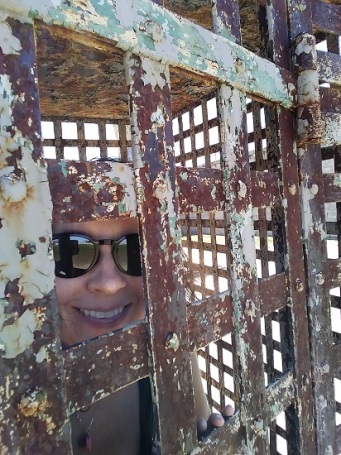 Me in a Prison Cell

Another notable story is that of “Turkey Pete” Eitner, who was convicted and sentenced to life for murder in 1918. He became a model prisoner and was eventually put in charge of the turkey flock, which he proudly cared for.  His mental illness led to him believing that he owned the flock, which he then “sold” for a profit.  More entrepreneurial ventures followed, and he soon “owned” the prison.  Prisoners were permitted to humor him, and they printed checks on the prison printing press to pay for various things, and Turkey Pete “paid” for all the expenses at the prison.  When he died in 1967 after being incarcerated for 49 years, he received the only funeral ever held within the prison, and his cell was retired. 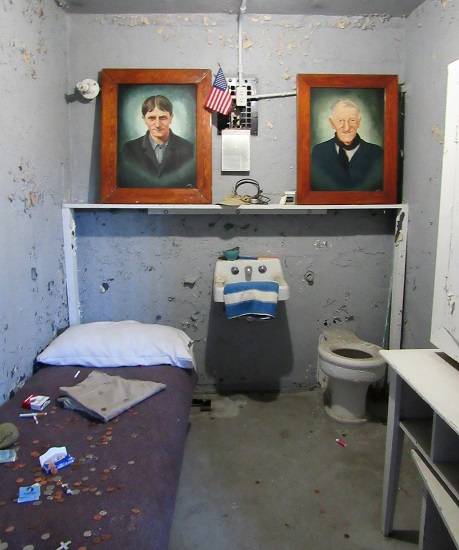 The Old Montana Prison site also has four other museums on the site, and your admission fee of $15 (you get a discount with AAA) gets you into all of them.  The Montana Auto Museum has over 160 cars ranging from the invention of the first cars to muscle cars and sports cars.  Many of them are very unusual, including historic campers, and a replica of an 1886 Benz, which had one of the very first internal combustion engines.  I am not that into cars, but it was fascinating!  I was also impressed that they could get them all crammed into the building.  That would take a lot of planning to determine in which order they needed to be moved in, as well as some very good three-point turn skills.

A historic Model A 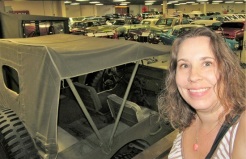 I have no idea what this is…

Me and an Old Ford Van

The Frontier Museum has artifacts of items that were used by ranchers, farmers and frontiersmen during the Old West period.  There are firearms, saddles, spurs, a wagon, and Native American artifacts.  The Powell County Museum has artifacts that include mining industry items, and a local wood-carver’s collection.  Lastly, Yesterday’s Playthings has exhibits on model railroads, and dolls and toys.  Outside, you can explore an Old West Town, with homes and businesses that have been moved to the site.  None of these other museums take too much time, but are worth peeking into!

A Car from the Yellowstone Trail Speed Run

The museum complex also has a very unique museum shop.  The current prisoners in the Montana State prison system have the ability to make an assortment of arts and crafts, which are sold to the public through the museum store.  There are some very beautiful and intricate items, including paintings and tooled leather bridles.  I was in awe of their talent! 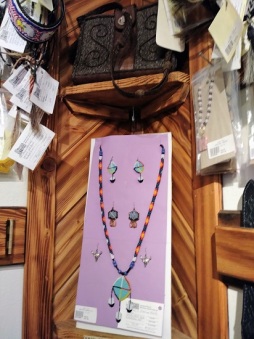 Soon though, I had to be on my way.  I drove to Dillon, Montana and found a KOA campground for the night.  I wanted to be close to my destination for the next morning!  I got there in enough time to enjoy the swimming pool and sit listening to the creek that ran alongside my campsite.  It was a nice place to park for the night.

Me at the Pool! 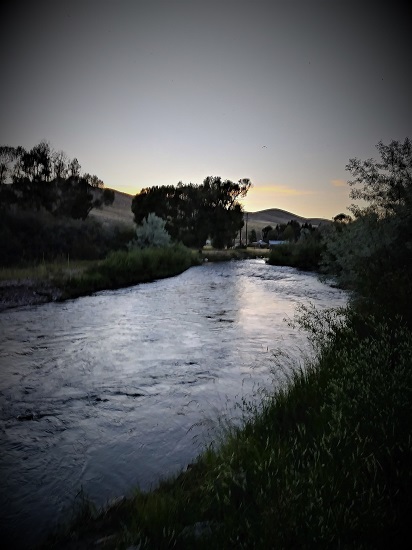 The creek at my campground, Dillon, Montana