The day had finally arrived for us to fly home from London.  Our flight from Heathrow departed at 10:05 am, so we got up about 6 am (London time) to make sure that we arrived in plenty of time to get checked in… And it was a good thing we did…  It was a mess.  Our first flight was a British Airways flight, but operated by American Airlines, so we tried first to check in with the wrong airline (I can’t remember which one we started at).  The automated kiosks weren’t recognizing us.  We got sorted out and realized we needed to go to the other airline, but those kiosks didn’t recognize us either so we ended up in a GIANT line with all the other travelers who were having problems…  We were there a while.  The counter agent was really helpful and friendly (even pulling Taryn’s suitcase back off the conveyor when she realized she had forgotten to grab a sweater out of it), but it took a loooonnnng time to get there.  Stressful! 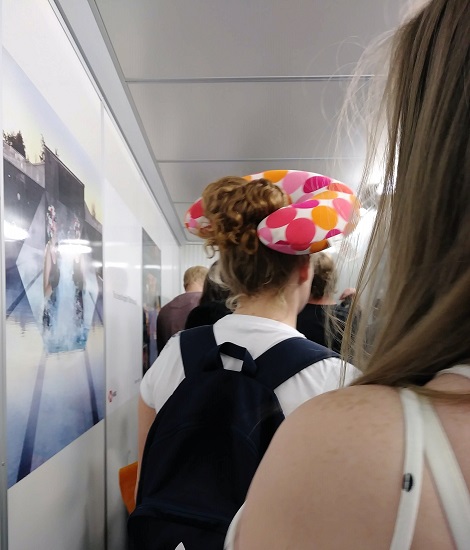 Once we got checked in things were smooth, our flight was lovely and we landed in Philadelphia to get through customs and then wait through a 4 hour layover…  Taryn and I did some airport walking to stretch our legs.  We found a Liberty Bell made of Legos and a vending machine in the shape of a delivery truck that sold makeup.  Airports have some cool stuff!  We also had a Philly Cheesesteak dinner and watched some ball game (you can see how much I care about sports).  Probably baseball?  Who knows… 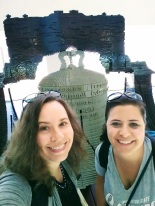 Me and Taryn with the Lego Bell 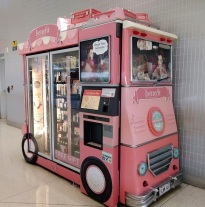 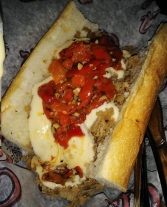 Cheesesteak at the Philadelphia airport

Our flight into Seattle landed at about 9 pm, which means taking an 11:30 pm shuttle home…  My final arrival time at home, after shuttle and taxi was about 2:30 am (Pacific Standard Time)…  I was very, very worn out, all things considered…  The jet lag is real, my friends, and it takes about a week to get over.  It was well worth it for a fabulous trip!

Grand Total if purchased separately: 287.80 pounds! (297.30 pounds if you include the value of the free guidebooks)

I say we did pretty well for ourselves!  The London Pass had a ton of other attractions you could visit, including other museums, a giant slide, sports stadiums, distillery tours, etc., so I think it would be a good value even for people who aren’t quite as interested in museums.  It was certainly a worthwhile purchase.

Our Oyster Cards (the payment card for the London Tube) were also heavily used; I put 75 pounds (99.67 in American dollars) on the Oyster Card in two different transactions, and ended up with less than 3 pounds remaining on the card when we flew home.  We took the Tube or walked everyplace we went (except for the bus and boat tours), including to and from the airport, so we didn’t have any other transportation fees.

Our hotel and airfare were booked as a package with Expedia for $2098.08 per person (American dollars).  We stayed in a simple, no frills hotel in the Kensington neighborhood called the Kensington Court Hotel.  It was clean and quiet, and had two double beds and a pull out couch.  We saved money by sharing the hotel room (there were 4 of us).  That worked, because we didn’t spend much time in the hotel room at all, but it certainly isn’t for everyone!  The hotel did include a full English breakfast every morning, with eggs, cheese, mini sausages, pastries, fruit, toast and coffee and tea.  That was nice, because I’m not a person who can skip breakfast, and having some protein really helps!

All in All, Itemized (in American dollars):

Of course, nobody will have the exact same trip as we did, but that gives some idea.  The reality is that London is a big city, with big city prices, not to mention airfare from the West Coast of the U.S. is a lot!  I don’t feel like I skimped, and don’t feel like I splurged, and in the end came home with a lot of amazing memories of the places we visited and the friends I spent time with.

Until next time, I’ll keep saving!