After we left the Motown Museum, we headed to our next downtown Detroit destination – the Detroit Institute of Arts. The DIA was built in between 1923 and 1927 in the Beaux-Arts, Italian Renaissance architectural style. The museum is made of white marble, and is absolutely beautiful! It provides a stark contrast to some of the nearby urban decay. After a renovation of the building in 2007, the museum contains over 100 galleries and 658,000 square feet of gallery space. The building and collections are technically owned by the City of Detroit, but an endowment and foundation are responsible for fundraising and paying the museum’s expenses now. It truly is a success story in a city that has had more than its share of troubles.

So, the collections… First, let me say that it would be impossible to see all of it in one day. This would be a great museum to be a member of if you lived in the area. We started off perusing some of the collections on the first floor, which include Native American baskets and pottery, Mayan and Incan figures, and masks. Then we headed upstairs, where we walked into a gallery with a series of two-story Diego Rivera murals covering all four walls. If you see nothing more in this museum, these murals make it worth the price of admission (and if you live in the three closest counties – you can go for free!). 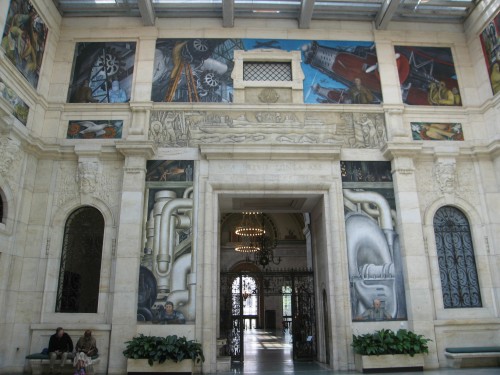 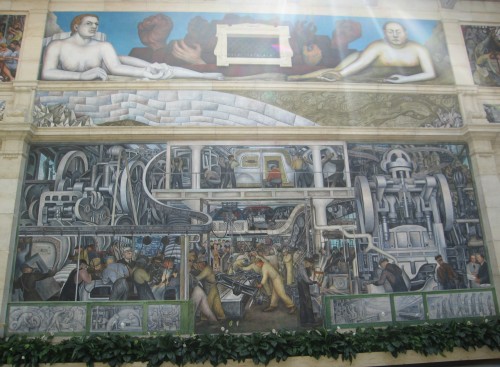 One Wall of the Diego Rivera Mural – With Sunlight

The museum also has several lithographs and etchings by Pablo Picasso and Henri Matisse, and paintings by Picasso, Matisse, Van Gogh, Monet and Rembrandt. They even have a giant Andy Warhol self-portrait. 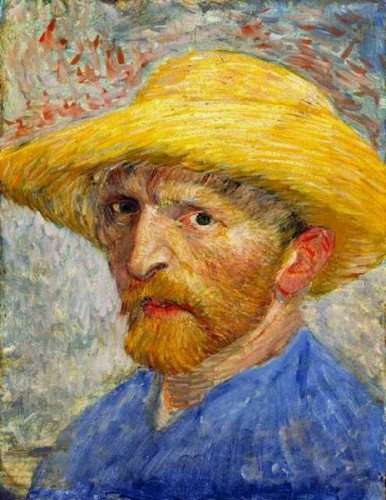 They have a motorcycle carved from one piece of wood, which is extremely intricate, and an exhibit of beautiful blown glass pieces.  Near the blown glass is their modern art area.  If you have been following this blog for long, you know that modern art isn’t really my thing.  However, they had some pretty cool modern art pieces (I can’t believe I just said that)! 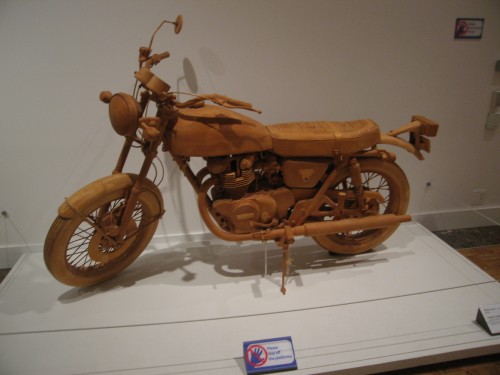 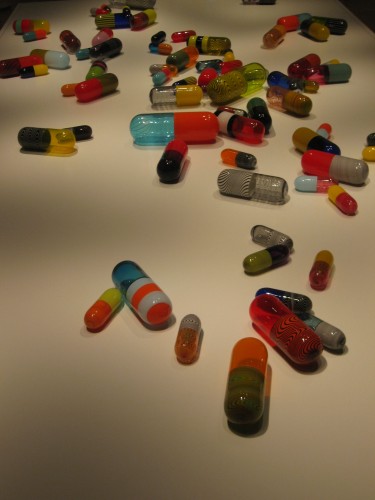 Modern Art – Blown Glass Prescription Drugs – For the Baby Boomer Who Has Everything!

So, here’s the sad thing about the Detroit Institute of Arts.  We were mostly alone…  Some of the popular exhibits had maybe a half dozen people looking at the artwork, but in the permanent collection areas, we were generally by ourselves (except sometimes an attendant).  We went down to lunch in the cafe, and Jon loved the pay by the ounce salad bar, and I had a delicious sub sandwich.  The cafe was crawling with people and I thought all the patrons had just gone to get a bite to eat, until I noticed that about 80% of the people in the cafe had employee badges around their necks.  It struck me as pretty sad that there would be so few people taking advantage of seeing all this amazing artwork – especially when it is free for county residents!  I know it was a Thursday and all, but…  I would love it if we had a museum like this at home!

8 thoughts on “Detroit: The Detroit Institute of Arts”